[Avondale, AZ] Taylor Gray didn’t come into this past weekend at Phoenix Raceway with the concentration that is needed for most every other driver in the field.  His mind was elsewhere prior to the race.  On the Tuesday prior, David Gilliland Racing lost a team member in a traffic accident where (hauler driver) Steven Stotts lost his life.  Two other team members, Michael Mizzelle and John Zaverl were also injured in the accident.

So heading into this past weekend’s General Tire 150 at Phoenix Raceway, David Gilliland Racing paid homage to their fallen family member and the two other injured crew members by having their names above the door on the #17.

Competition for the race was tough as Gray battled his way through the field.  Two major obstacles were in his way; Arca Menards Series East champ, Sammy Smith (who led most of the first half), and Daniel Day.

Gray took the lead from Day after Day made the decision to take the top spot for the restart, a move that would cost him the lead for good.  Gray held off the field through two more restarts on his way to his first ARCA victory of his young career.

Usually, when a driver gets his/her first victory, they don’t hesitate to burn down the tires to the last piece of rubber.  But Gray, to honor his fallen teammate, was very reserved, bringing the #17 to a slow stop at the start/finish line.  He then received the flag and took a backwards lap.  There was no burn out, but instead was a very heavy hearted slow drive around the track in the opposite direction.

Gray would go on to say after the race, “this one’s for Steven. I felt like he looked over me today.”

Noah Gragson Catches the Track on Fire at Phoenix Raceway….Literally!

It was a beautiful day under blue skys and the Arizona sun on Saturday. Perfect day for racing out at Phoenix Raceway in Avondale, Arizona.

Noah Gragson started the race at #2 on the pole.  The pole leader, Trevor Bayne was off to a slow start due to steering wheel box malfunction prior to the green, but would make it on to the track in time to start the race out front.

But once Noah Gragson took the lead, he kept going and never looked back….leading for a total of 114 laps with 72 of those in the final 87 of the 200-mile caution-filled race.

By the end of the race, their were 16 lead changes, 4 cautions, and 33 yellow flag laps. This was the 1st win of the season and 1st win at Phoenix Raceway for this 23-year-old Las Vegas native.

In the victory lap as Noah spun his tires in the celebratory winner burn out, there literally was fire on the track as a chunk of tire came off the car on fire. Gragson knelt beside like warming his hands in a campfire then the team scaled the fence after taking the checkered flag. The crew replaced the tires and Noah roared into Ruoff Victory Lane much to the excitement of the crowd.

The team posed for photos and did the celebratory hat dance for the sponsors, A great day of Racing Action Arizona!

Chase Briscoe Gets First Cup Win Of His Career!

As an avid NASCAR follower, I like to think I know a little something from time to time about who should drive well, what tracks they are best at, and when they should be contenders for the win.  So heading into this weekend’s finale at Phoenix Raceway, I had my big horses lined up; Kyle Busch, Kevin Harvick, Joey Logano, Chase Elliott, Denny Hamlin, Martin Truex Jr., and Kyle Larson would immediately come to mind.

To win at Phoenix Raceway, most of the time it takes some unique pit strategies, a good practice speed in both the short and long runs, and a top five qualifying position.  Chase Briscoe was not one of those cars that you would expect to be in the mix.  But Briscoe came out with a solid practice, had a top 10 speed in both the short and long practice runs, and qualified P6 to start the race.

Outside of the #12 car, which led the most laps of the race at 143, Chase Briscoe stood out from the very beginning, eventually making his way to the front and leading 101 of the 312 lap race.  He would end up taking the checkered flag for his first career win in the NASCAR Cup Series.

This was Briscoe’s first win of his career, and a great way to make an impact on his Stewart-Haas Racing Team early in the season.  Not only is this his first win, but it gives him an automatic position in the playoffs at the end of the season.

NASCAR now moves from the desert Southwest, to the Southeast as they take as spin at Atlanta Motor Speedway this coming weekend.  Make sure you follow “The S3” on Facebook as well as Jeff Demers on Twitter @Smaahtside for his picks heading into each series this weekend!

THE ROLE OF AN ASSISTANT BASKETBALL COACH 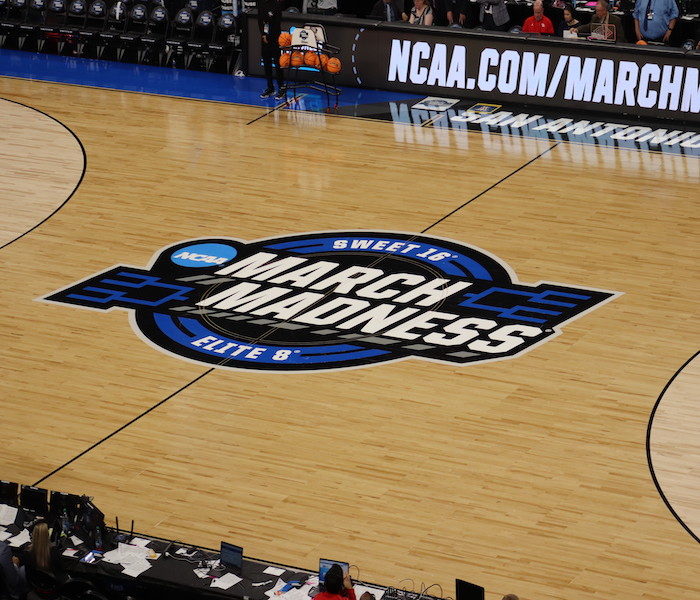