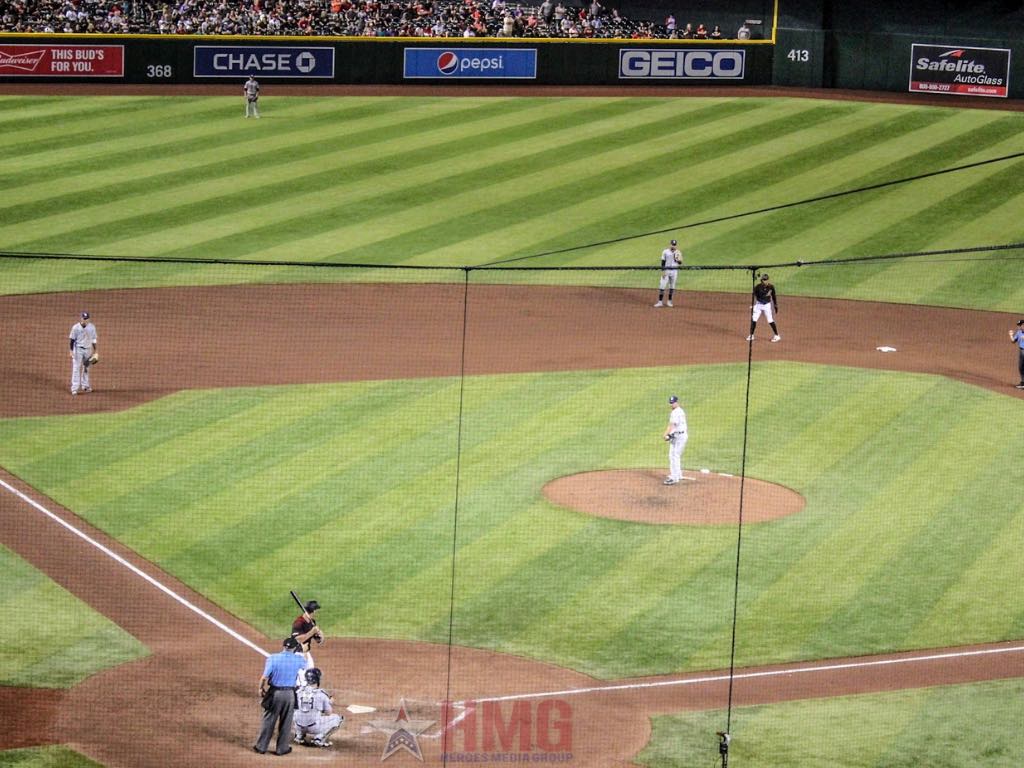 Why Torey Lovullo decided against bunting over Marte to follow the his double is beyond me. I guess you could say that they were going for the win, not the tie. But with Locastro’s speed and the fact that Machado would have to stay to cover third with Marte running, a well-placed bunt might have worked and gave them runners on the corners with no outs.

But I’m not a manager, and I don’t have the skills to be one. So for now all I can do is sit up in the press box and “act” confused. One thing that is not confusing, is that the Arizona Diamondbacks are failing to score runs when they have runners in scoring position and less than two outs.

The Arizona Diamondbacks don’t “need” hitters. THEY HAVE HITTERS that just are not hitting in clutch moments.

Sure, the bullpen allowed five runs, but the Arizona Diamondbacks tied up the game 4-4 in the bottom of the sixth, so all that was needed was “next man up.” But nobody manned up tonight. It’s frustrating to watch, but I will continue to grow my “playoff beard” in support of the Arizona Diamondbacks and know that better days are still ahead with this young season.

However, their was one thing that I really did like. Their was a fire coming from the Arizona Diamondbacks that I have not seen in a while. I’ve long searched for that mean streak, and I think I saw some tonight after Peralta was hit by a pitch, and then later in the game Escobar yelled back to the mound after being hit.

I’m a Red Sox fan at heart as I’m from New England. When your best hitters get plunked, the favor will be returned shortly. I want that fire. I want the Arizona Diamondbacks to let the entire league know that they are not pushovers and that they will retaliate. Even as I’m writing this, I can’t remember the last time the benches cleared here at Chase Field.

Sometimes a good fight can awaken a beast. Trust me, I saw it when Jason Varitek picked up Alex Rodriguez in 2004 which led to a big brawl, and eventually to the Red Sox first championship in 86 years.

The final game of this four-game series is tomorrow afternoon as the Diamondbacks will attempt to not get swept by their NL West rivals.

Jeff Demers is a US Army Veteran, a New England native, and a die-hard New England sports fan! Although he has opinions on all sports, his main focuses are on Boston and Arizona sports teams and events, along with NASCAR and the PGA Tour. Outside of the sports world, JD is an avid entrepreneur who is striving to help people, especially veterans, realize their true dreams by achieving the lifestyles that they have earned. JD specializes in Network Marketing and Entrepreneurship.
All Posts »
PrevPreviousDiamondbacks Pitching Stellar; Bats Fall Flat In Loss
NextEp: 014 – Nathan Hirsch FreeeupNext