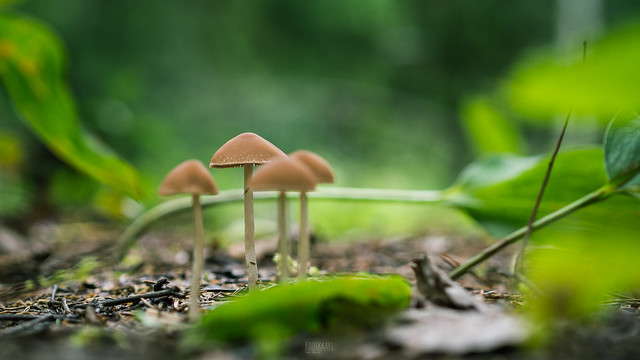 Heroes Media Group has been studying alternative treatments for health problems affecting the veterans community. Last week, we looked at marijuana’s potential to treat chronic pain and depression. Now, we will explore an even more controversial substance: psychedelics.

Psychedelics, or hallucinogens, trigger mind-altering experiences in users by weakening the prefrontal cortex’s grip on the brain. Magic mushrooms, LSD, DMT, MDMA, mescaline and ibogaine all fall under this umbrella.

Limited research on psychedelics suggest numerous health benefits. A majority of veterans and first responders in a 2018 study saw significant improvement in PTSD symptoms after psychotherapy sessions with MDMA. Psilocybin, the active compound in mushrooms, alleviated the depression of 80% of the participants in a 2016 study. It also may help treat alcoholism and nicotine dependency. LSD shows similar promise in treating addiction. Ibogaine has been observed diminishing the symptoms of opioid withdrawal.

Despite this, psychedelics remain illegal in most of the developed world. They are classified as a Schedule 1 drug in the US, making them difficult to study. Consequently, research on psychedelics is sparse and inconclusive, and evidence of their benefits mostly anecdotal.

As such, we cannot definitively recommend psychedelics if you are suffering from PTSD. All we can do is find what facts do exist and report them to you.

LSD-Galization: A Battle Against Laws and Stigma

Schedule 1 substances are considered to have a high addictive potential and no health benefits. No federal money can be spent on activities that promote the consumption or legalization of Schedule 1 drugs. Unfortunately, “activities” includes scientific research that could establish whether those substances have medical potential. It’s a Catch-22. Studying the drugs could prove they don’t belong on the list. But, because they are on the list, they cannot be studied.

History exposes the ridiculousness of this classification. In the fifties, psychedelics were recognized as having medicinal benefits by doctors and researchers. Therapists used small doses of acid and psilocybin to treat patients with depression and anxiety. Results were promising.

But in the early sixties, LSD made its way out of the lab and onto the college campus. It became integrally associated with the counterculture movement. The Nixon administration, looking to crack down on the hippies protesting Vietnam, banned psychedelics with the Controlled Substances Act. They have remained illegal ever since.

As reported in our marijuana story, an amendment proposed by Representative Alexandria Ocasio-Cortez last month would have lifted the ban on federal research. Opposition in the House was widespread and bipartisan: it failed 91-331.

“Wherever there is evidence of good, we have a moral obligation to pursue and explore the parameters of that good. Even if that means challenging our past assumptions or admitting past wrongs.” ~Rep. Alexandria Ocasio-Cortez, in support of legalizing research into psychedelics.

Marijuana, another Schedule 1 drug, is now legal in some form in 33 states. Mushrooms are legal only in Denver and Oakland, and other psychedelics remain criminalized nationwide. While public opinion of marijuana has shifted remarkably since 2012, that goodwill doesn’t extend to psychedelics. A 2016 Morning Consult poll found dismal support for legalizing them. Only 22% of Americans want mushrooms legalized, and only 18% want it for LSD. Those are only incrementally better numbers than the support levels for heroin and meth.

So the battle is not just one of laws, but of public opinion. Many Americans see psychedelics as scary mind-benders that will rot your brain and turn you into a hippie. That stigma is keeping these treatments out of the hands of veterans who desperately need them.

Mercy of Mother Aya – Veterans Turn to Ayahuasca for PTSD

Army veteran and friend of the site AJ Richards told us about battling that stigma. After returning from Iraq in 2006, he was told by an Army approved psycho therapist that gave a lazy diagnosis that he struggled with PTSD. This was NOT the case says Richards.

Around 2016, he learned about Ayahuasca a sacred plant medicine that comes from the jungles of Peru. Participants are guided in a saturated setting by a Shaman. A shaman preforms icarus (prayer) and administers a brew containing the stem and leaves of the South American plant. Participants report overwhelming hallucinations – and guides users through their own life. Relief, clarity, and peace of mind are left behind as the effects taper off.

For many veterans, accustomed to the rigid, no-nonsense culture of the military, the concept sounds ridiculous. “If I hadn’t already been doing Crossfit, doing community talks, I’d have thought it was a bunch of hippie-dippie bullshit,” Richards said. But with nothing else working, he was open to the idea. The experience, he told us, was life-changing. The quality of his life and relationships has dramatically improved, and he is now a successful life coach.

Thousands of veterans sick of VA antidepressants are making the pilgrimage to Costa Rica, Brazil, Peru and underground ayahuasca ceremonies in the United States. The substance recontextualizes the wartime experiences that haunt them, allowing them to see traumatic events from a different perspective. New research has confirmed their medicinal value, such as MAPS.Org. and many veterans report PTSD-induced nightmares and anxiety dwindling or even disappearing.

Richards contends this is because ayahuasca “kills the ego.” Many veterans, still subscribed to the tough-guy culture of the military, believe they need to tough through their pain alone. Ayahuasca breaks down those walls, allowing them to share their experiences and foster community healing. Heroic Hearts, a nonprofit that connects veterans to ayahuasca treatment, agrees that community is vital to the healing process.

The Science of Psychedelics – Why It Works

Neuroimaging explains the death of the ego associated with ayahuasca use. DMT, an active ingredient in ayahuasca, numbs the default mode network, the brain region that regulates your sense of self. Interestingly, the human body contains trace amounts of DMT; scientists speculate the brain produces it naturally during a near-death experience. That’s why taking ayahuasca is often compared to a near-death experience: the same chemicals are at play.

Scientists believe psychedelics affect the prefrontal cortex, which controls mood and cognition. They mimic serotonin, triggering receptors in the brain that alter sensory perception. That’s what causes the hallucinations. Recent research suggests more long-term benefits: one study found psychedelics increase the number of branches and synapses between neurons. Mental disorders like depression and PTSD break down those synapses; psychedelics could potentially repair them.

MDMA, or ecstasy, specifically shows promise with treating PTSD. A study this year found it opens a window in the brain. During this so-called “critical period,” a person is more susceptible to relearning the reward value of social behaviors. Therapy for PTSD during this critical period is especially effective.

And despite their Schedule 1 classification, psychedelics are not addictive in the traditional sense. That is, they do not alter the brain to make it more reliant on them. However, tolerance builds with every subsequent experience, meaning the dosage must be upped every time.

Conclusion – Are Psychedelics Right for You?

If you are considering psychedelics, AJ Richards emphasizes how important intentions and your environment are for the experience.

You must be prepared for a experience that is not always pleasant. The purpose it to confront past traumas to create healing. Transformation is uncomfortable.

If you are considering sacred plant medicine as a form of healing, it’s important to seek professional guides or shamans. Visit www.Maps.org for more information. 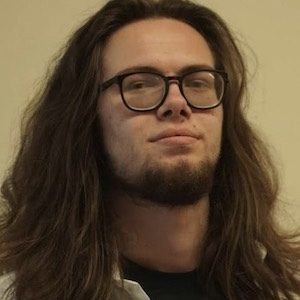