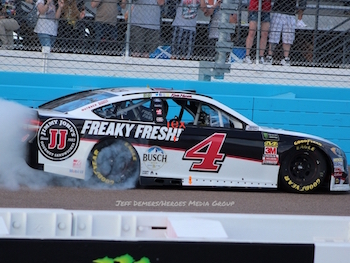 Now, when we talk about making history in the “modern era,” let’s remember that includes the years from 1972 until now.  But the all-time record for wins in a row came from the “King,” Richard Petty, when he won 10 straight in 1967, on his way to an amazing 27-win season out of 48 races.  Petty, along with Bobby Allison, also won five-straight in the same year back in 1971.  Given that this is the fourth attempt to add to the streak for Kevin Harvick, I’d say that I’m not really worried about him catching Petty for the all-time record.  But I might pull a U-turn in Phoenix, drive back to Las Vegas where we were two weekends ago, and put something down on five straight wins for Harvick if he wins this weekend in Fontana, California at Auto Club Speedway.

Kevin Harvick is not going into his strongest track in Fontana where he has averaged a finishing position of around 15th.  However, he does have one win, dating back to 2011.  He also has cracked the top 10 eleven times, and the top five, six times.  So I’m saying there’s a chance.

Some other notable finishes were Jimmie Johnson in 14th, and Darrell Wallace Jr. who finished in 28th.

It’s no doubt that ISM Raceway (formerly Phoenix International Raceway) is Kevin Harvick’s favorite track as he has won at ISM more times than any other track in his career (9 times).  The next closest tracks on the wins list for Kevin Harvick are at Richmond, and Charlotte, where he has won three times.

In the end, we’re on to Fontana!  Does Kevin Harvick have what it takes to match modern NASCAR history?  We’ll see in less than a week!

Brad Keselowski takes the checkered flag in the DC Solar 200 at ISM Raceway on Saturday.  He led a third of the race (66 laps) before taking the victory.  Justin Allgaier actually led the most laps (76) in the race, but came up short, finishing in 2nd place.  Kyle Busch finished in 3rd place, Rookie Christopher Bell finished 4th, and Jamie McMurray finished 5th.

And so continues the argument that I have to make every single week.  Yes, seeing the MENCS drivers on the track a day earlier can be exciting for the fans, but only two actual full-time Xfinity drivers finished in the top five spots.  And what makes it worse, is that the MENCS drivers aren’t even using their own cars for the most part, as the #22 was used in a 4th place finish in Las Vegas last week by Ryan Blaney.  So not only are they better drivers, but they seem to be sharing the best vehicles on the track.  So far, out of four races, Tyler Reddick is the only full-time Xfinity Series driver to win, and that was the first race of the year in Daytona.  How long will it be until we see the next full-time Xfinity driver in victory lane?  If I was a betting man, which I am, I’m probably going to put the next win on a MENCS driver in California, even though there are only about five or six in the field of 40.

As charged up as I am about MENCS drivers on a Saturday, I’m just as charged up to see Mike Harmon (The Harmonator) on the track every week.  Harmon is the owner and driver for Mike Harmon Racing. I personally became a fan after seeing how Mike uses his platform to recognize soldiers (present and past) for their sacrifice to our great nation.  As a veteran myself, that means a lot to me, as I know it means a lot to those who are recognized, and to those friends and families of the lost who are recognized by Mike Harmon Racing.

Mike Harmon had another solid, incident free race at ISM Raceway on Saturday, during a race that included two red flag rain delays to dry the track.  Harmon would qualify 37th of 40, and finish in 35th.  The next stop for Mike Harmon racing is at the California 300 at Auto Club Speedway in Fontana, California. 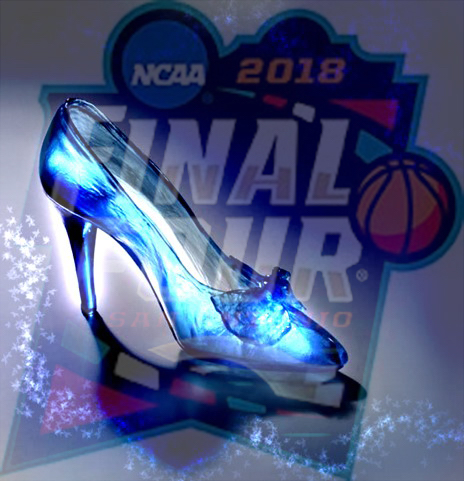 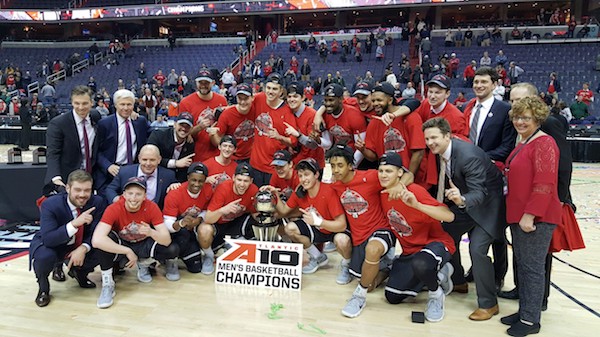