“Living A Life in 3D” (Tactics that Work)

[Definition: A drill sergeant is a symbol of excellence in initial entry army training, an expert in all warrior tasks and battle-drills, lives the Army values, exemplifies the warrior ethos, and most importantly- is the epitome of the Army as a profession.]

I remember the first time I heard something poignant about the realities of life. It was when I was an Army recruit going through my Basic Training and it came from a drill sergeant. Here’s the story: My platoon had once again found itself half right, face and holding the front-lean-and-rest position in a muddy field. The Senior Drill Sergeant with his cadre nearby was giving us another ration of his philosophy about life. It was nothing but short of amazing how he was always able to get his point across so eloquently and succinctly with maximum effectiveness. The senior drill sergeant was beyond good, he was almost saint-like to us, I never forgot him. It seemed as if we going to hold that push-up position for an eternity as the Senior Drill Sergeant walked around between us and barked something very close to this: “So, you want to be soldiers in my army…you think you’re really something special, don’t cha? Well, let me tell you something you snivelers, soldiering ain’t easy and neither is living life. If you’re going make it in my army, if you’re going to make it through life, then you must give it everything you got. You must do your best with everything you do. You must live your life in 3D…life is just ‘another day, it’s another dollar, another dirty shirt.’  Get over yourselves, wake up each day and go to work, do your job, and remember, Uncle Sam is paying you well to defend this Country. Now, start knocking them out you slackers, give me fifty, let’s go…I can’t hear you…”

We started doing our push-ups with earnestness, counting them out with loud, strong, defiant voices. For me personally, it was inspiring, I always enjoyed being part of a team…well, it was inspiring until my fellow platoon mates started to collapse all around me. One by one they began to quit and fall into the mud. That made the situation much worse and we got ‘smoked’ even harder; even still, I was determined not to quit, I was going to stay up and do push-ups until my shaking arms wouldn’t let me do them anymore. So, I continued, counting them out slowly and methodically-down, up, one, down, up, two, down, up, three, down, up, four, down, up, five…down, up, thirty-one…the drill sergeants were relentless as they walked around us attempting to motivate us (instill fear) by shouting out more commands and expletives. It was McCoy, that strong kid from Missouri, and me who were the last recruits to finally drop into the mud, we were counting somewhere in the seventies. The human body can only take so much exercise at one time and, despite our best efforts, we finally succumbed with the rest of the platoon.

We had barely caught our breath when the order to recover (to rise) was given, and we stood up into a ragtag formation, our faces and uniforms caked with mud, while the drill sergeants walked amongst us in silence. It was a sobering moment when the Senior Drill Sergeant came up and stood face-to-face with me. Under his breath and with a slight wink, he said, “Good job soldier, you are now the leader of this platoon.” Senior Drill Sergeants aren’t usually that friendly, but you can count on them to guide you and you do what they tell you to do because they are the consummate experts when it comes to training soldiers. Looking back on it, I was honored to guide our platoon all the way to graduation, just as much as I was to serve my Country for the next few years after that. And, I am forever grateful for the Senior Drill Sergeant’s words that day. His ‘3-D-Living-Mindset’ was more than just ‘another day, another dollar, and another dirty shirt.’ It was much deeper than that.

Though, I was exhausted on that day, I remained sharp enough to read between his lines (of wisdom):1)    Another day (Don’t stop. Wake up. Put your boots on. Get over yourself. Be humble. Get going.)2)    Another dollar (Never quit. Work don’t shirk. Set high standards. Practice good ethics. Be integral. Keep your word. Maintain bearing.)3)    Another dirty shirt (Keep going. If you’re the leader, then guide the team for success, take care of them, train them to be proficient. Constantly seek self-improvement.)
Thank you for reading and keep going…live your life in 3D!

President Trump Should Never Have Declared a National Emergency 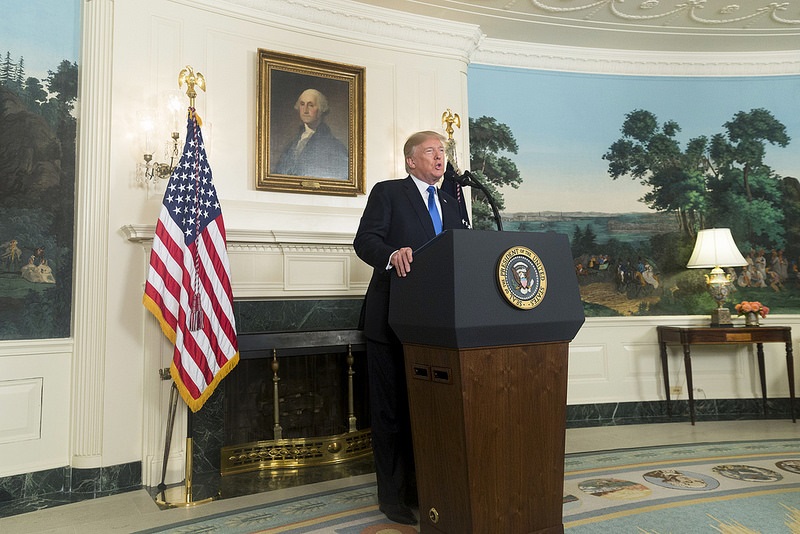