Mike Harmon is one of the true stand-up guys in NASCAR.  He is always trying to use his platform to raise awareness for veterans and honoring those who have given the ultimate sacrifice for their country.  This past weekend’s race at Phoenix Raceway was no different.  Harmon chose the race at Phoenix, which just so happened to fall on Veterans Day, November 11th, to honor one of the great historical groups in all of the military, those known as “The Navajo Code Talkers.”

I was honored to have the opportunity to have met one of the Navajo Code Talkers, along with another member of our staff, Mike Stockman.  I felt blessed just to be in the same room as one George B. Willie, USMC, a Navajo Code Talker from 1943-1946.

“It was better than meeting any celebrity you could ever meet” said Stockman, an Air Force Veteran working with Heroes Media Group to cover NASCAR weekend at Phoenix Raceway.   And I would have to agree.  Just knowing how big of an edge the Code Talkers gave the Allies during WWII, I honestly don’t even know where we would be today as a nation without their service and sacrifice.  And for that, I am grateful.

And you could tell that Mike Harmon was extremely grateful as well, which was why he chose this day, this Veterans Day, to honor the Code Talkers both before and during the race with the Navajo Code Talkers paint job on the hood of his car.  And I want to thank Mike for continuing to do what he has always done, and that is to pay respects to all of our service men and women every race weekend of the season.

Heroes Media Group would like to say THANK YOU to all of the Code Talkers, our Veterans, current servicemen and women, and Mike Harmon!!  You’re the greatest! 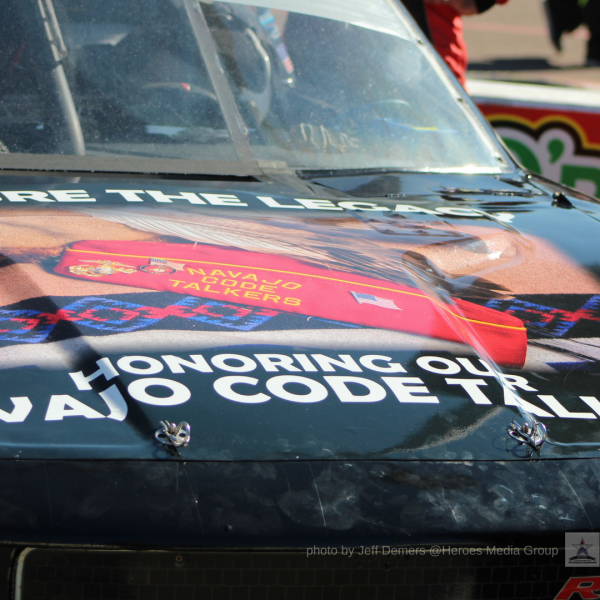 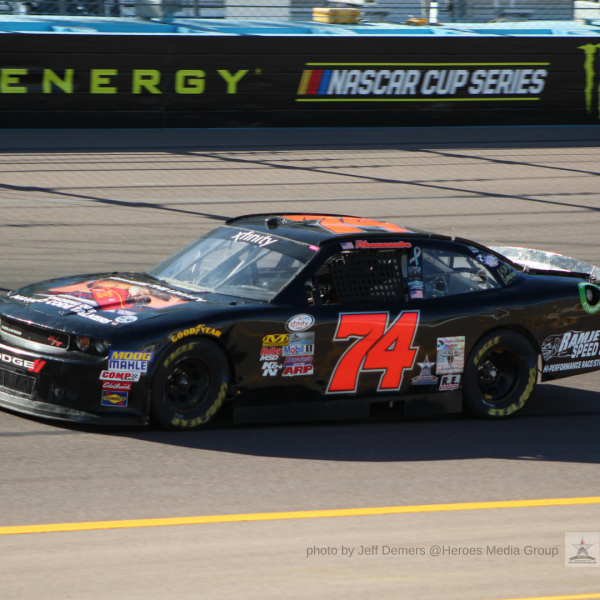 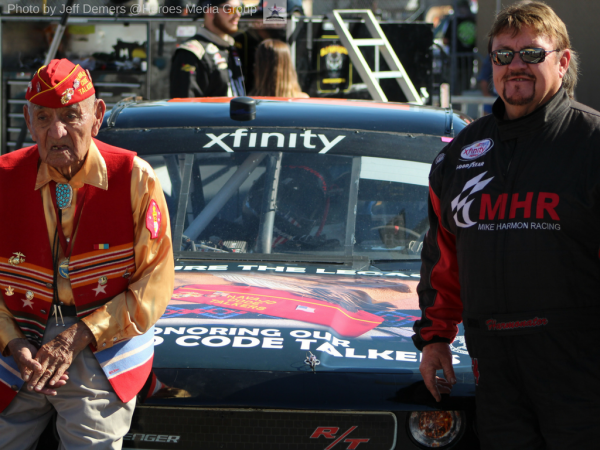 Article and photos By Jeff Demers