When you think about Las Vegas, the tourist in you thinks about how exciting it is to walk the Strip and go see some great acts and shows, and yes, maybe even gamble a little.  But me?  As the die-hard sports fan that I am, I love Las Vegas because my visits mean 185 mph cars, engines roaring, and an overall excitement that somehow overcomes the hot desert heat and keeps your heart pounding all weekend long!

This past weekend was no exception.  As Las Vegas Motor Speedway is much larger than my home track of ISM Raceway, I’m always happy to bring along an extra camera or two.  So first, I want to give a shout out to Mike Stockman from Phoenix Area Sports for lending a camera and a body to the staff as running up and down a mile and a half track by yourself is very tough, especially in 103 degree temperatures.

Keselowski Gets Hat Trick While Earning First Win Of Playoffs

Wow, what a race on Sunday afternoon, featuring the 16 playoff drivers in an all-out battle to get a major win to start the Chase!  Joey Logano would actually lead early from the start as his #22 Pennzoil Ford looked strong from the moment the green flag waved.  He would actually lead a total of 46 laps to set the early pace.  The car that looked the most dominant on Sunday in the middle of the race was the #78 of Martin Truex Jr.  He actually led the most laps out of everyone in the field with 96.

Right around the mid-way point of the race, that’s when mayhem started to strike a lot of the Chase drivers.  Alex Bowman would get penalized early with a loose tire in the pits and would be forced to serve a drive-through penalty which cost him a lap.  He would eventually get back on the lead lap with a strong run and finish 19th overall.

Lap 147 marked the end of the race for the #20 of Erik Jones (the race pole sitter) and the #4 of Kevin Harvick.  It was actually the veteran Harvick who took out Jones unintentionally after Harvick blew his right front tire, and headed to the outside wall for the impact.  Jones, with nowhere to go, would slam into the rear of Harvick, ensuring that neither contender would be able to continue on in the race.  Because Jones never officially passed Harvick, and the incident was inevitably on Harvick, Jones actually would finish last, just behind Harvick for the day.  Harvick actually missed taking out Jimmie Johnson on his way up to the wall, nearly missing his rear bumper.  Johnson would finish in 22nd for the day.

I actually fully expected one of the hometown boys (Kyle and Kurt Busch) to put on a good show at Las Vegas Motor Speedway and compete for the win.  Kyle would overcome a pit road issue after only having three lug nuts tight, which forced him to come back in and lose ground to the leader.  He would inevitably finish 7th, which is a good start to the playoffs.  Kurt, on the other hand would not have a very good race, but would finish in 21st, ahead of six other playoff drivers.

I do want to take a moment and just mention that the future of this sport is very bright with talented, young drivers.  Three of which are in the playoffs. Austin Dillon would finish a respectable 11th after starting in 18th.  Aric Almirola would finish in 6th after starting 16th.  That brings up a thought that the #10 would not be in the playoffs if not vacated by it’s previous driver, Danica Patrick.  That’s not a slam on Patrick, but I don’t think she would have made the playoffs.  So I’m giving credit to Almirola as even I picked him to be the last one eliminated out of the top-16 earlier on in the season.  Another young gun who is quickly becoming a fan favorite is Kyle Larson.  Larson would finish an impressive 2nd at Las Vegas Motor Speedway with Truex Jr, Logano, and another young gun, Ryan Blaney rounding out the top five.

But just like any team in any other sport, you want to enter the playoffs on a hot streak.  And Brad Keselowski has definitely done that.  Las Vegas Motor Speedway was the first win of the playoffs, but it was his third straight win on the season.  Martin Truex Jr. would actually say in the post-race interview that “Brad has clearly found the horseshoe.”  It would appear that he has indeed. The next race is this Saturday night at Richmond Raceway for the Federated Auto Parts 400.  Will Keselowski continue to dominate, or will another playoff contender step up?

“I’m just a watermelon farmer from Florida….I’m not supposed to do that!” Said Chastain after getting his first win of his career in the Xfinity Series.  But it wasn’t easy.  Regular series champion, Justin Algaier would give him everything he could to try and take it away from him at the end, but Chastain would maintain his cool and rely on a great No.42 Chip Ganassi Racing Chevrolet and eventually pull out the victory.

Ross Chastain would sweep the first two stages and would dominate the race from the front, leading an amazing 180 of the 200 lap race.  He would also collect all seven playoff points (5 for the win, 1 point for each stage win).

In his victory celebration, and during a series of donuts and burnouts, Chastain would find his way onto the grass between the home stretch and pit road, and onto his sponsors logo (DC Solar) as they were also the race sponsor for the DC Solar 300.  After doing the donuts on the logo, you could hear Chastain over his car radio saying “I’m not apologizing for that!”

The Xfinity Series will now head to Richmond for Friday night’s GoBowling 250.

Wow, what a race.  And it was a great way to kick off the weekend at Las Vegas Motor Speedway!  Personally, I was exhausted by the end of the race as I spent the entire race perched high above the grandstands, just past the start/finish line.  As a spectator, it was a great spot to catch the race at the mile and a half track.  As a photographer, it was even better.  There was action during this race in almost every turn, and down every straightaway.

I honestly don’t know how they do it.  The level of skill at even the truck level, in a field scattered with rookies, amazes me.  I can’t count how many times these trucks went into turn one three, four, and sometimes even five wide, and they came out without an incident…..most of the time.

Noah Gragson, who started on the pole in the #18 Toyota, would go on and win the first stage and secure the first playoff point of the race.  However, Gragson would have a series of tire issues after the first race, and would find himself finishing on his number, in the 18th position.  That would be the worst finish by a playoff contender on the night.

There were multiple lead changes throughout the night as there were eight different leaders.  Even Rookie driver Todd Gilliland in the #4 Toyota would manage to lead a modest five laps.  Other leaders included Jordan Anderson (2, finished 20th), Stewart Friesen (17, finished 17th), Brett Moffitt (18, finished 11th), Matt Crafton (4, finished 5th), Ben Rhodes (4, finished 4th), Johnny Sauter (21, finished 2nd), and of course the race winner, Grant Enfinger who would not only win the race, but lead the most laps (40).

In the end, more than 1/3rd of the drivers would get swept up in accidents and would eventually end their nights.  Eleven racers total would get caught up in the mayhem, especially when the laps started winding down.  There would be an additional nine laps to the race due to the flurry of caution flags at the end as everyone was fighting until the final checkered flag.  In the end, Enfinger would come out victorious.

I also want to give a couple shout outs for solid finishes.  The first one going to Justin Haley in the #24 Chevrolet, who finished a solid third.  He was also the only top-5 finisher not to lead a lap.  I also want to give a shout out to Jennifer Jo Cobb, who would finish a respectable 12th after starting in 27th.

The trucks next race will be on Saturday, October 13th, at Talladega Superspeedway.

Here is your updated playoff standings the the Camping World Truck Series:

Despite the 104 degree heat, the migraine I worked through on Saturday, the large crowds to work through, the lack of great photo equipment when standing on top of the track, and the constant missed attempts at the perfect photo from inside turn four as cars zoom by at 185 miles per hour….

I love coming to Las Vegas Motor Speedway.  I do.  The crowd is amazing, the atmosphere is electric, and the racing is intense at every level.  And the other amazing part?  This is the first time I’ve spent multiple days in Las Vegas, and I never made a single bet.  Not quite sure how that happened.  But again, I love coming to Las Vegas, and I can’t wait to return in the spring of 2019. 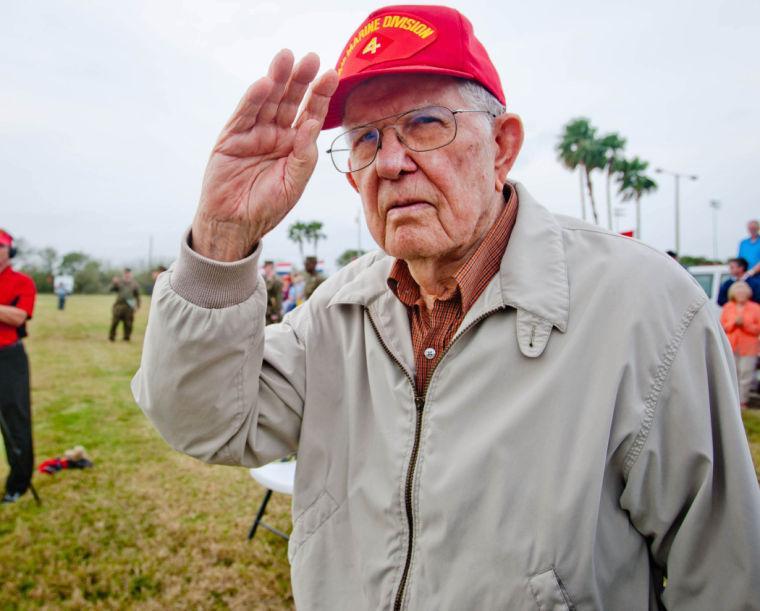