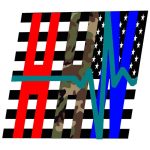 They discuss the group founder, Richard Ballard, and the group mission, as well as their unique way in combating the scourge of PTSD in our veterans and building camaraderie amongst nearly 3,500 members.

The United States Army NCO Veterans/Retirees FB Group
Active Duty, Retirees, Veterans
This group was started and created for the sole purpose of having a social media rally point for the Army Non Commissioned Officers.
To promote and enjoy the Brotherhood & Sisterhood, the fellowship and comradery, in a NCO only environment.
No SP4s and below
No officers
No civilians
Just Army NCOs, Corporals through Sergeant Major.
NO Politics, Swearing or Bullying
The bond among Army NCOs is very unique, and cannot be broken. NCOs deserve NCOs … and nobody knows and understands us, better than we do HOOAH !!!
We hope you enjoy the site, as well as your Army NCO Brothers and Sisters