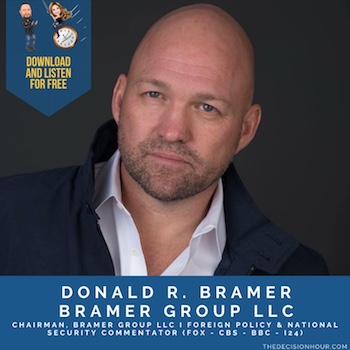 Excited to bring you this episode as we sit down with the Founder of American Freedom Fund, and the Founder and Chairman of the Bramer Group, Mr. Donald R. Bramer.

Take a listen as we talk with Don about how he went from Capitol Hill having served as an appointee under the administration of President George H. W. Bush in different offices to enlisting into the U.S. Navy with multiple deployments as an intelligence officer and senior interrogator, then a few years later receiving his commission as a Naval Officer as a member of the reserve intelligence staff of the Joint Chief of Staff.  Then going on to start the American Freedom Fund and the Bramer Group.