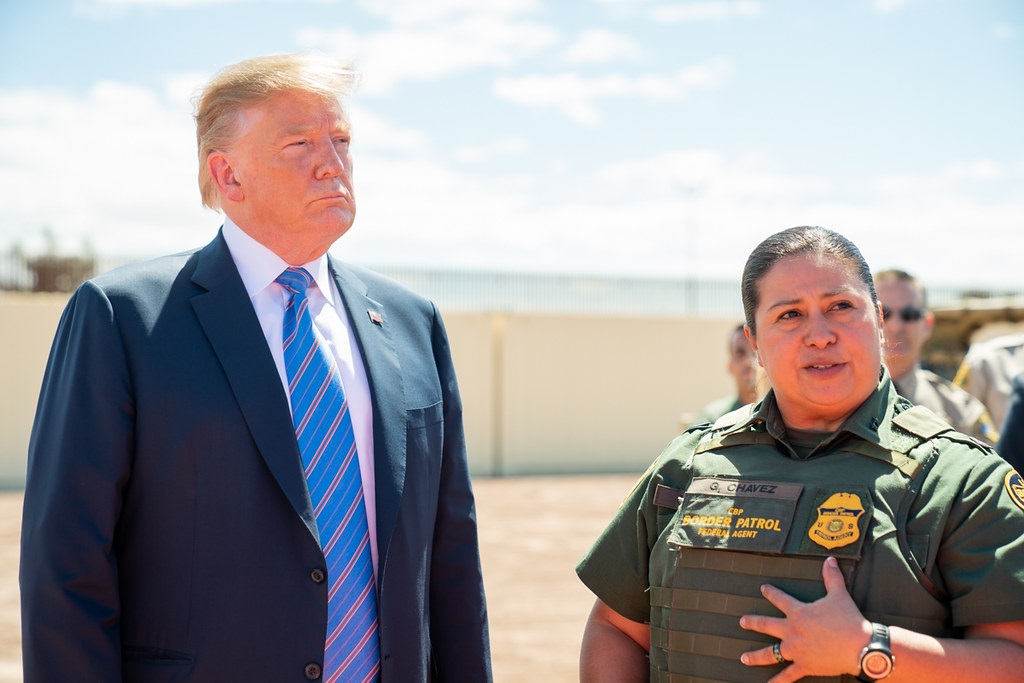 The left has ridiculed President Trump on illegal immigration since before he even recited the oath of office. His proposal to build a wall on the southern border is incessantly maligned as racist and immoral despite the fact that Democrats—including Sen. Chuck Schumer (D-NY) and then-Sens. Joe Biden (D-NJ), Hillary Clinton (D-NY), and Barack Obama (D-IL)—supported President George W. Bush’s Secure Fence Act of 2006, which green-lit the construction of 700 miles of barrier on the southern border.

Despite their glaring records, Democrats have seized the opportunity to smear President Trump as racist and his administration’s zero-tolerance immigration policies as cold and unfeeling. The individual Democrats who actively perpetuate this narrative are, in fact, the proud parents of the newborn Party of Open Borders. And at this precise moment in time, that’s exactly what America has from a legal standpoint.

The Flores Settlement Agreement of 1997 mandated that the federal government release unaccompanied illegal immigrant children from custody within twenty days of apprehension. Then, the Ninth Circuit Court of Appeals later ruled that, under the terms of Flores, accompanied illegal immigrant children—those who illegally immigrated with their parents—would also have to be released after twenty days. Now, following Monday’s preliminary injunction, the Trump administration is not allowed to deport asylum seekers temporarily to Mexico while they await trial.

The only remaining option here for the Trump administration is to release detained illegal immigrants into the general population of the United States. This, of course, is exactly that which Democrats desire.

For the left, this is not about ensuring the humane treatment of illegal immigrants—who are detained in the exact same “cages” utilized under the Obama administration. This is political posturing designed to systematically eliminate President Trump’s legal options in terms of handling the illegal immigration crisis—which saw 404,142 apprehensions at the border in 2018.

This is all evidenced by the fact that Democrats fiercely proposed a limitation on the number of beds in immigration detention centers—a move which ICE Deputy Director Matt Albence called “extremely damaging to public safety.”

“If we are forced to live with a cap,” Albence warned, “we will be forced to release criminal aliens in our custody.” Of course, they will be released from ICE custody into the general population to await trial where 30 percent will ditch the ankle bracelets and escape permanently into the country, according to Albence’s testimony.

The predominant focus of Democrats here is to force President Trump into a corner at which point he will have no legal option other than to release illegal immigrants into the American general public where plenty will never be seen again for trial. Why?

The first is that Democrats want illegal aliens to have the right to vote in American elections. This is evidenced by the fact that San Francisco allows illegal immigrants to vote in School Board elections. In March, all but six House Democrats voted against a GOP measure designed to add specific language to H.R. 1. These Democrats didn’t feel that the following language ought to be included in the election proposal: “allowing illegal immigrants the right to vote devalues the franchise and diminishes the voting power of United States citizens.”

The second reason is that the left hopes to snag the votes of Latino-Americans, among other minorities, by painting President Trump and Republicans as cruel, racist bastards who don’t care about the children.

President Trump is effectively backed against a wall—albeit not his preferred model. With the courts and the left apparently working in conjunction, illegal immigrants are likely heading to their preferred destination; but 2020 Democratic hopefuls embracing this radical garbage should not be heading to theirs.

Kevin Catapano is a political science student at the University of Connecticut, a weekly columnist for The Daily Campus, and a staff writer for the UConn Undergraduate Political Review.
All Posts »
PrevPreviousSchool Shootings – A Root Cause Analysis (Hint: It’s not the guns)
NextPositive Thinking Can HealNext