In case you missed it, the New England Patriots are once again standing on the top of the mountain as NFL Champions.  Just in this century alone, they have been to an astonishing nine Super Bowl’s, winning six of them.  It doesn’t matter who the competition is, what their offense or defense is ranked, where they were ranked in the regular season, or who is lined up on the other side of the ball, they just find a way to win.  Each time somehow reinventing themselves and creating a game plan that nobody saw coming.

And in each year, there has been two constants; Bill Bellichick, and Tom Brady.  On one hand, we have a former disciple of Bill Parcells who won two Super Bowls as the Defensive Coordinator for the New York Giants.  He’s a man who then went on to be the Head Coach of the Cleveland Browns for five seasons, compiling a record of 36-44, and only achieving one winning season, with one playoff win.  He would then join the New England Patriots, and the rest as we say, is history (still in the making).

On the other hand, we have this scrawny kid, who was mostly a part-time quarterback at the University of Michigan until his Junior season.  He’s a guy who runs at half the speed of smell, who has almost no muscle structure, and didn’t have the strongest arm leading to his 6th round, pick 199 result in the NFL Draft.

Despite their humble beginnings, today, both names (Bill Bellichick and Tom Brady) are often floating around the same word(s)…..

The GOAT.  They are recognized as being the Greatest Of All-Time at their respective positions.  So you have one commander on the sideline, and one of the field.  Both of them known as leaders to those that follow.  Both of them command attention every time they speak.  Both of them played key parts in each winning season.  So who played the biggest part?  Who is more responsible for the success of the New England Patriots?  As far as the Patriots success goes, since 2001, neither person has achieved it without the other.

If you’re leaning Brady, then you might point out the fact that the only year since 2001 that the Patriots didn’t win the AFC East was when Brady went down with a knee injury in 2008.  But, if you’re leaning Bellichick, then you quickly remind people that the Patriots still finished that year with an 11-5 record with a back-up quarterback in Matt Cassel. However, they didn’t make the playoffs that year after losing the tie-breaker to their rival, Miami Dolphins for the AFC East title. But then if you’re leaning Brady, you remind people that Matt Cassel went on to make the Pro Bowl as the Chiefs quarterback in 2010, the only time of his career.

It’s not Bill Bellichick, and it’s not Tom Brady.  Did they both play a big part in the Patriots success?  Absolutely, I can’t deny that.  And please keep in mind that this is coming from a 34-year Patriots fan who became a fan at seven years old sitting on my floor in New England watching them get their ass kicked by the Chicago Bears.

They are not the real reason that the Patriots are so successful.  The real reason is that it’s not the leaders, it’s the environment.  It’s “The Patriot Way.”  Both of them are responsible for playing a part in creating the right environment, but no part is more important than the other.  Let me explain….

Let’s take Corey Dillon, for starters.  Dillon played on the Cincinnati Bengals his first seven years of his career.  He was also in and out of trouble during those years, including a domestic violence arrest in 2000.  After the emergence of Rudi Johnson, Dillon was deemed expendable, and traded away for a second-round pick to the Patriots.  Let’s also remember that he had just turned 30.  So what happens next?  Dillon is the model teammate, rushing for a career-high 1635 yards in his first season with the Patriots on the way to a Super Bowl ring in February of 2005.  So how do you go from “expendable” to Pro Bowl and Super Bowl champion?  A change in environment can go a long way.

What about Randy Moss?  After making five Pro Bowls in seven seasons with the Vikings, Moss became a shell of his former self in Oakland, totaling just over 1500 yards in 2 seasons there.  Also approaching 30 at the time, Moss was tagged as a selfish, egotistical has-been who frequently allowed his self to be taped during off the field outbursts.  The Patriots would trade for him and what happens?  Another model citizen who goes on to break the single-season touchdown record for wide-receivers and is beloved by all Patriots fans even to this day.

How about Wes Welker?  After only totaling just over 1100 yards in two years starting with the Dolphins, Wes Welker would emerge as one of the top wide receivers in the game, having seasons of over 1100 receiving yards in five of his six seasons with the Patriots, which included two 1300 yard seasons, and a 1500 yard season.  A mark that Welker would not come close to again after the Patriots.

It’s not the coach, it’s not the quarterback, it’s the environment that allows these players to use their skills in the best way possible.  Still not convinced?  What about trading for LeGarrette Blount for a seventh round pick?  A guy who fizzled out in Tampa Bay and was replaced easily after rushing for just 141 yards in his 3rd season.  All he would do is eventually run for a career-high 1161 yards and lead the NFL with 18 rushing touchdowns on his way to a ring.

I know what you’re thinking though.  All of these players are on the offense, and who’s in control of the offense?  Tom Brady.  So it has to be him, right?

Let’s sneak over to the defensive side of the ball and talk about Aqib Talib.  Yeah, the admitted/suspended Adderall addict was only in New England for a year and a half.  But in the right environment, he would earn the first of five Pro Bowl spots, albeit the last four were with Denver.  But serving a four-game suspension while being traded to the Patriots, and then reinventing his self as a top shutdown cornerback was huge for his career and turned into a big payday with Denver.

How about an undrafted starter turned Super Bowl hero in Malcolm Butler who then parlayed three solid years (and one solid play) into a nice payday in Tennessee?

And then there is Josh Gordon.  Who had run his course in Cleveland due to off the field issues, coming to New England, leading the team in receiving yards while there, and being a model teammate.  Unfortunately, addiction is a terrible thing and that’s one thing that couldn’t be helped on the field.

But make no mistake about it.  The Patriots are successful for one reason, it’s the environment that is set up to allow players to reach their full potential.  “Do your job” as Bellichick always says.  That’s all you have to do, regardless of who you were before you went to the Patriots.  The expectations are simple.  Do your job.  You don’t have to be the man who carries the team.  You just have to do your job that is asked of you, that’s it.

Make no mistake about it, Tom Brady and Bill Bellichick are the leaders of the Patriots.  But it’s the environment that allows the followers to excel far above expectations. And it gives new hope to those looking for a resurgence in their careers.

There are certain things that are asked of every Patriots player.  The leaders make sure that the environment is right for that to be possible.  However, there is only one way to tell if I’m right or not.  And that’s when Tom Brady and Bill Bellichick retire.  Until then, I’m sticking to my guns.  Leaders are not born, they are created when they are given the opportunity in the right environment to do so.

So wait…..does this mean it’s been Robert Kraft all this time?  That my friend, is an entirely new article! 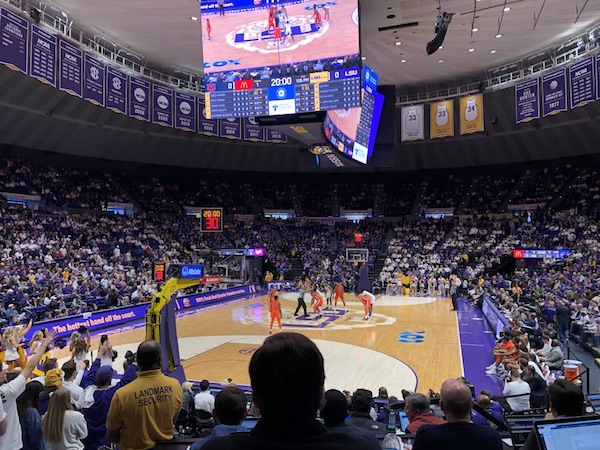