Ubaldi Reports is the perfect political podcast. Our motto is “All Facts, No Fiction” and we do not steer away from criticizing politicians on both sides. Avoiding the charged language and mudslinging of modern media, Ubaldi Reports provides credible political content. We pride ourselves on addressing domestic and global issues resulting in a well-informed and knowledgeable citizen that can take responsible action of their own choice.

Started in 2015 by political genius John Ubaldi, John has relaunched the show with fellow Marine veteran Joe Bitz to present the facts of the day as they are, not as they are interpreted, to inform policy and policy decisions. From the top of the chain to the bottom, Ubaldi Reports covers everything from the federal level to the local level.

On a weekly basis, we talk about politics at a high level, providing a round-up of the news and usually focus on one issue. Throughout the week, we present our “Ubaldi Brief” which tackles breaking news of the day.

As a Marine who saw devastation and poverty in the Middle East, John personally organized the organizing, shipment and delivery of $6 million dollars’ worth of humanitarian aid to Iraq, Afghanistan, Thailand, Nicaragua, and the Philippines.

Previously, John worked for a political consulting firm and business organizations which handled many clients at the national and state level affording him the opportunity to provide expertise on a variety of national and international topics.

John has a Master’s Degree in National Security Studies from American Military University with a strong concentration in Middle Eastern Studies, and a Bachelor’s degree in Government from California State University, Sacramento.

Joseph Bitz also dutifully served his country in the United States Marines Corp and now raises a beautiful family in central Florida. He hosts an hilarious family podcast called “Everything Dad’ where he chats about everything going on under the hood of being a dad. 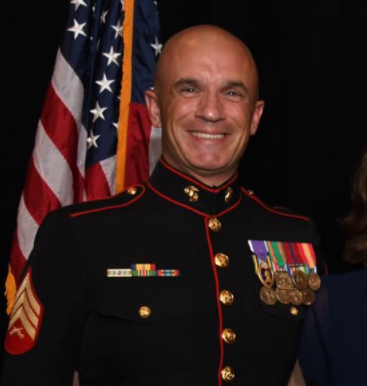