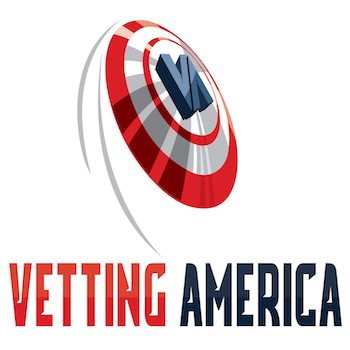 Specialist Laura Hartman served in the United States Army between the years of 2004 to 2006 before being medically retired.  Her story starts with the survival of a suicide attempt at 12 years old. That event and several near death experiences later pushed her to become a human rights advocate and exploiter of corruption.

She’s currently attending The Institute for Lifelong Learning International to awaken everyday Americans to the corrupt systems in place which disallows all humans to flourish. Becoming a Science of Mind Practitioner with The Association for Global New Thought Leaders is in alignment with the difference in thought she has always carried, which has always been one of her most cherished gifts.

On August 10th, 2005 Laura was requested by a special Military Counsel to take the stand at an article 32 — In field court martial, during her combat deployment to Iraq. Soon after, she would be medically retired for the post traumatic stress experienced from repeated military sexual traumas that ended with the testimony occurring on her 21st birthday, alone and away from home, where she became a whistleblower for the first time.

This experience left her psychologically dependent on anti-anxiety medications. The next 10 years would be spent falling deep into heavy pill and alcohol abuse to try and cope with her depression, anxiety, and PTS. After increasing thoughts of suicide led her to the grave of her Veteran Best Friend, locked and loaded with a .45 caliber handgun, she was ready to finally free herself of the prison she had found herself in.

Instead, after a miraculous experience of clarity, she instead chose to get honest with herself, and has been completely sober since. That date was Christmas Day of 2013 — and would become the day she chose to stop masking her invisible wounds, and learn the hard way of how to ask for help.

Since making the choice to live a completely sober lifestyle, opportunities upon opportunities have opened up to her. She’s been on a new journey of finding out who she truly is. She’s begun co-creating her reality through understanding that the law of attraction and energy frequencies are contagious. She’s leveraging the idea that the Universal laws are always working in our favor, which has altered her consciousness, and the reality she finds herself in everyday.

Her invisible wounds of war give her strength yet do not define her as a person. This perspective has enabled these invisible scars to no longer impact her as much today. Through treatment, therapy, mindfulness, mentors and a drastic lifestyle change has led her to becoming emotionally connected to others — and in this is where she’s found her happiness.

She now has the Courage to speak up and talk about her nursing research related to near death experiences. She’s Currently working with Dr. Natalie Trent, PhD is a neuroscientist and shamanic energy healer, to integrate the scientific field and with that of the mystical realms. She also study under Diane Corcoran, who is President of the International Association for Near-Death Studies (IANDS), which aims to educate people about these phenomena and support those who have gone through it.

As a nurse entrepreneur, She currently lives a nomadic lifestyle on the beaches of St. Petersburg where she works remotely from her laptop. One of the best pieces of advice came from one of her favorite mentors when they said “your time is the most valuable thing you own,” and to her, there’s nothing more valuable in this life than the time gifted to her by the Universe.