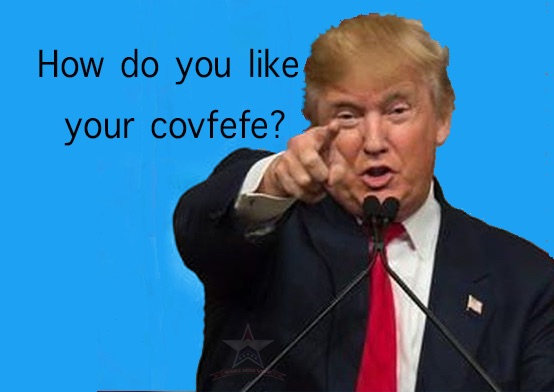 It all started with covfefe.

“He’s such a blathering idiot, he can’t even spell,” screamed the Buzzfeed reporter, a gender studies PhD who still lives with he/her/its parents in a cramped Brooklyn apartment & doesn’t understand the ridiculousness of directing that statement to an IQ >150 billionaire who’s made & lost fortunes and re-emerged from bankruptcy to billions multiple times.

But for the cynics among us, those of us who remembered that Donald Trump has been saying the same thing in interviews for decades (often with people who he was chummy with back then, but who quickly turned to hurl epithets his way when he put his hat in the ring to run against Hillary Clinton), something didn’t add up.…