As I’m such a vocal critic of any egregious governmental overreach, I’ve been asked this quite a few times over the past few days and would like to use this opportunity to explain what the net neutrality deal is in a nutshell, and why people like me are wholeheartedly opposed to it in any form.

Perhaps the most fundamentally important takeaway is that we just ceded control of the one thing on the planet which has the most potential for growth and new technology (the internet) to the most inefficient organization known to man…The US government.

Also, remember how outraged Americans were when they realized the absolute scope of the NSA snooping programs going into our every email, web visit, phone call and text message?  Thanks to this they no longer have to snoop, they can do this out in the open in the name of “regulation.”

Maybe even scarier is this is the type of policy the Obama administration has become quite famous for, the “sign it to find out what’s in it” deal.  The jury is still out on exactly what this will mean for the country and various industries involved, but I’ll outline some of the key concepts here to give a better understanding.

In the Wikipedia definition, net neutrality is “the principle that internet service providers and governments should treat all data on the internet equally, not discriminating or charging differentially by user, content, site, platform, application, type of attached equipment, or mod of communication.”

Essentially, Emperor Obama decided he and his administration know better than the  market, and have once again decided that the idea of free market capitalism which is supposed to rule our economy (but constant governmental intervention like this prevents from happening) would be much better off just letting Big Brother tell it what to do.

The topic is much too broad to cover every detail, but the overall takeaway is that the government has decided that they need to regulate (control) all aspects of the internet within US borders so that everyone will have the same access.

If you believe that is their actual purpose, or that this will just happen to be the first thing in history the US government regulates well or efficiently, I have some ocean front property and a bridge to sell you.

I have my own corporate conspiracy theory beliefs about net neutrality; in the days where any company with deep enough pockets can buy a politician, bill or legislation, I strongly feel this is the television networks hail mary attempt to stop their competition and save their behinds.

As television networks make all of their money from advertisements, and a large portion of the population no longer watches tv in real time, the networks lose advertising dollars every time their audience can fast forward through their recordings on tivo or DVR.

Another large portion of the country, like me, chose to abandon network television entirely and watch programing via new media like Netflix, Amazon prime, HBO to Go and YouTube.  I don’t find it odd at all that almost every article I read on net neutrality talks about the effects of this regulation on companies like Netflix, and again, if you want to find the culprit, follow the money.

At the end of the day, nothing good could possibly come of this.  We’ve just taken an amazing piece of technology (due to open source data and the ability for anyone to add or improve) and given it up to government corruption, spying, inefficiencies and incompetence.

As a few fellow podcast hosts and I have been talking about the past few days, what happens when the FCC can fine you just like a television show for posting an expletive anywhere online or in an email?  Don’t think it could happen?  Just wait and see, and remember, this is an FCC action.

But hey, the Obama administration did a bang up job with the roll out of the Obamacare website, I’m sure they learned from their mistakes and will do a fine job regulating the entire internet.

No how about you send me a check for that oceanfront property in Arizona? 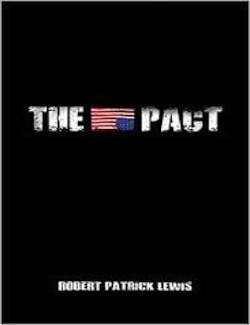