Join me in this episode as I have friend Andrew Farrer on with me. It’s been a long time coming, we’ve known each other for a few years and still trying to figure out how we haven’t met in person yet.  Set back and enjoy as we discuss bringing people together and how we can all support each other.  Andrew talks about Irreverent Warriors, what his roll is with them and he also shares his story and his Decision Hour.

Andrew was born in Nashville, TN at Baptist Memorial Hospital in 1977 and grew up in Exeter, NH. He attended The Brooks School from 1992-1996 and after graduation, he enrolled at Rollins College (Winter Park, FL) where he earned a BA in Classical Studies in 2001. After college, Andrew enlisted in the United States Marine Corps where he graduated from the School of Infantry. He had three deployments with 3/8 India Co as an infantry machine gunner. Andrew’s military awards earned during service include Purple Heart Medal, Navy and Marine Corps Achievement Medal, Iraq Campaign Medal, Good Conduct Medal, National Defense Medal, Combat Action Ribbon, Global War on Terrorism Medal, Global War on Terrorism Expeditionary Medal, Humanitarian Assistance Medal, Navy Unit Citation Ribbon, Sea Service Deployment Ribbon (2 stars). He was honorably discharged in 2008. Post service, Andrew was a chef for 10 years at various restaurants and joined the nonprofit organization, Irreverent Warriors in 2019. He currently serves as their Tennessee Regional Coordinator to organize fund raising hikes for Veterans. Andrew also serves as the Senior Vice Commandant MCL#1158, Stones River Detachment in Murfreesboro, TN. He is a lifetime member of the VFW. Andrew holds an MBA in Healthcare Administration from Ashford University and is currently seeking an MA in Addiction Counseling from Liberty University. R. A. Farrer, USMC 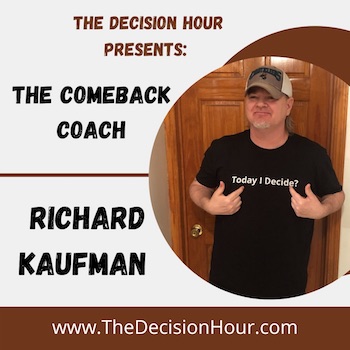