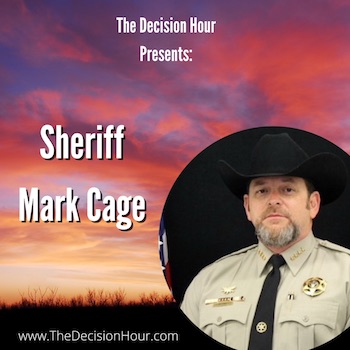 Mark Cage first swore to uphold the US Constitution when he enlisted in the Navy and continues his commitment as Sheriff of Eddy County New Mexico. Sheriff Cage retired from the Navy as a Chief Petty Officer and has a wide swath of knowledge from his 37 years in law enforcement.

In the past few years, Sheriff Cage has emerged as a well respected staunch advocate of the Second Amendment and an outspoken critic of Red Flag laws. He was one of the 29 out of 33 New Mexico sheriffs who declared their county a 2A sanctuary county, vowing to not enforce state gun laws.

We had the opportunity to sit down with Sheriff Cage to talk about the current state of politics in New Mexico and how that impacts us all. His commentary was equally enlightening and frightening as we focused on the second amendment and the upcoming election.

If you’re a 2A supporter, this episode will enrage you while giving you some hope that great law enforcement officials like Sheriff Cage are on the front lines protecting our rights.