On September 12, 2014, only 5 months after his 22nd knee operation, Jonathon returned to Motorsports. He started his comeback by racing Yamaha Pipe at Showtime Speedway in Pinellas Park, FL. He finished 3rd in his return race. Seven months later on April 12, 2015, Jonathon won his first return race.

When he has only 5, Jonathon started in racing. Like most racers, he started his career racing in Karts.

Jonathon has also tested in a NASCAR Busch Series Car, holding a NASCAR/Busch Series Racing License in 2002 and 2003 (he never raced a NASCAR Sanctioned event). In 1994, Jonathon hooked up with CART IndyCar Racing Team – Project Indy to try and become the first disabled American Veteran to ever race in the Indianapolis 500. However, because of lack of sponsorship money, Jonathon was unable to make history.

He returned to Indianapolis in 1997 with IRL Racing Team – Chitwood Motorsports. Because of the unreliability of the new IRL engines, Jonathon backed out of trying to race in the Indy 500 because his doctors felt it was an unnecessary risk.

Jonathon continued racing anything he could from 1997 to 2008, until his Service-Connected left knee finally could no longer function properly. On November 29, 2010, his left knee was replaced by Tampa Bay Lightning Medical Director Dr. Ira Guttentag.

After undergoing 3 more additional surgeries on his left knee and 2 on his right knee, Jonathon begged Dr. Guttentag for permission to return to Motorsports. Dr. Guttentag reluctantly agreed.

As part of his medical treatment from 2012 to 2016, Jonathon was taking HGH and Testosterone to help with the healing process. These medications not only helped with healing, but, were a kind of “Fountain of Youth” for Jonathon.

Jonathon is married to his wife Oksana who is a RN. They met in 2014, when she was assigned to taking care of his oldest daughter Danielle, while she was undergoing Chemo for her Leukemia. Jonathon and Oksana married in October 2016.

Last year, Jonathon started training his wife Oksana how to race. On the same day he won his first series championship, Oksana won her first race ever. She is racing in F2000 and will be racing this year in the F2000 Series as well as the USF2000 Series.

Through their racing, Jonathon and Oksana promote Cancer Awareness and Treatment. Oksana is in the process of starting her own cancer center in Ternopil, Ukraine. The cancer center will offer free cancer treatment to Ukrainians, Americans and Russians. Oksana’s Cancer Center of Ternopil, Inc. has been approved by the IRS as a 501c(3) organization.

Jonathon’s goals is racing is to not only become the first American disabled Veteran to race in the Indianapolis 500, but, to also race in the famed 24 Hours of Le Mans.

Jonathon is dedicating the 2018 racing season to his daughter Danielle who in late January 2018, died from complications from her Leukemia. Jonathon also has 2 sons and twin daughters.

Anyone wishing sponsor or contact Jonathon may email him at: [email protected]

KOTA Longboards, a custom longboard manufacturer, announces the launch of a WeFunder Campaign 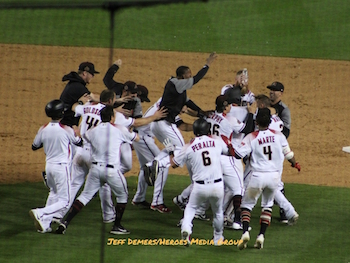