The next installment of Ringside Unified Fighting Nation’s Summer Showdown Series comes our way with another fifteen action packed bouts on Saturday, July 31stat the Celebrity Theatre in Phoenix, AZ.

Adding to the hype of a full card, Ringside Unified Fighting Nation, also known as RUF Nation, is quickly picking up notoriety across the mixed martial arts world thanks to its partnership with ONE Championship. Earlier this year, RUF Nation partnered with ONE Championship, Asia’s largest MMA promotion company out of Singapore, to host ‘Road to ONE’, a sixteen-man heavyweight tournament. ‘Road to ONE’ will award the tournament champion with a ONE Championship contract and the opportunity to compete on a global scale with heavyweights across the world.

With that ONE Championship contract on the line, one lucky competitor is going to earn a large payday if they can win it all. “At the end of the 16-man tournament, which is going to take a good portion of this year, the winner will be crowned the ONE Championship contract that’ll I think come out to 140K. So, these guys in the sixteen-man tournament are fighting for this $140,000 contract with ONE Championship,” Franklin added. With heavyweight fighters from Texas, Arizona, Missouri, and California already in the mix, RUF Nation can continue to expect athletes from across the nation knocking at their doors to participate in this incredible opportunity.

Joel Lopez, RUF Nation CEO, is optimistic that this ONE Championship partnership will continue to propel RUF Nation forward into the national conversation and is enjoying the ride one show at a time. “We have a show every month now here at the Celebrity. Our next installment of the Road to ONE Tournament will commence July 31st. So, get your tickets. We’re already promoting that one!” 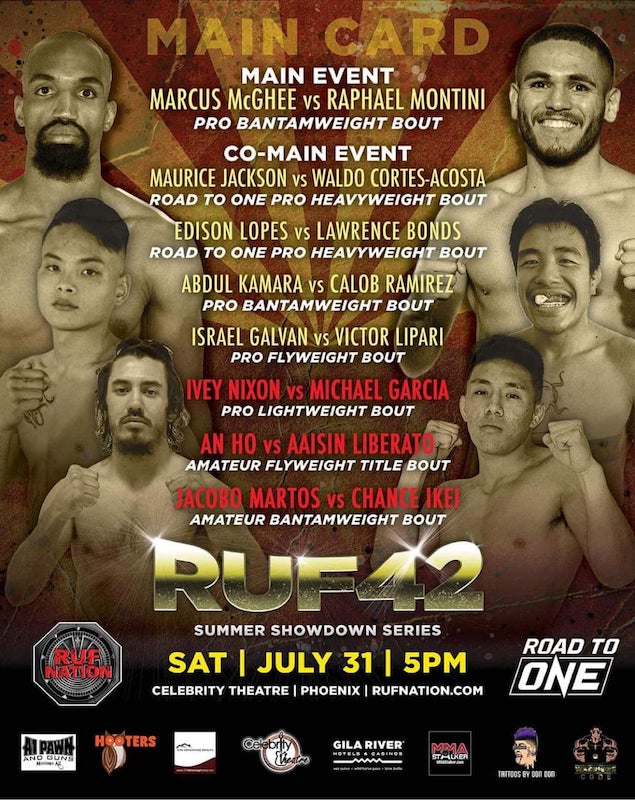 Let’s have a Conversation