The UConn Womens’ Basketball Team took another step towards an NCAA Final Four appearance, defeating the Villanova Wildcats 70-40 to win the Big East Tournament Monday night at the Mohegan Sun in Uncasville, Connecticut.

The victory marked the 27th conference tournament championship for the Huskies, twenty in the Big East and seven in the American Athletic Conference.  The University of Connecticut returned to the Big East Conference last year but played in a tournament with no fans in the arena during the height of the pandemic.

Commenting on the postgame erection of a stage for the presentation of the trophies and the cheering from Husky fans, Senior Evina Westbrook said “this is what a real celebration looks like.”

The championship game again showed a contribution on offense from many UConn players, with Evina Westbrook coming off of the bench to lead her teammates with 13 points, Aaliyah Edwards with 12 and Olivia Nelson-Ododa with 11.  Christyn Williams, who was named the most Outstanding Player of the Tournament, scored 9 points as did Caroline Ducharme and Azzi Fudd.

While Coach Geno Auriemma continued to take advantage of a healthy roster and played nine players, 2021 AP Player of the Year Paige Bueckers was limited to just 8 minutes and 15 seconds of playing time.  Auriemma said after the game that he was glad to have ten to eleven days to work with Bueckers before the NCAA tournament following her return from surgery on February 25th.  “She has a lot of work to do, to get her physically feeling better and her mind right.”

Junior Guard Maddy Siegrist led the Villanova Wildcats in scoring with 16 points, but the Big East Player of the Year was limited to 7 of 17 field goals and one of six three point attempts, smothered by UConn’s defense.

The win at the Mohegan Sun Arena marked a revenge for the Huskies after the Wildcats defeated UConn 72-69 on February 9th in Hartford, ending a winning streak of 169 straight conference wins. 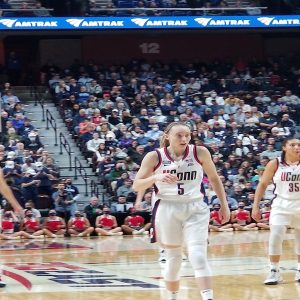 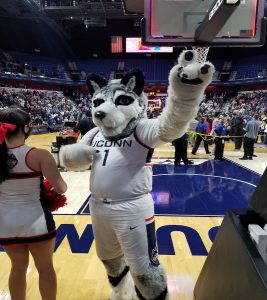 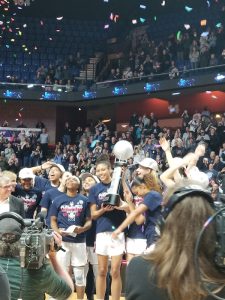 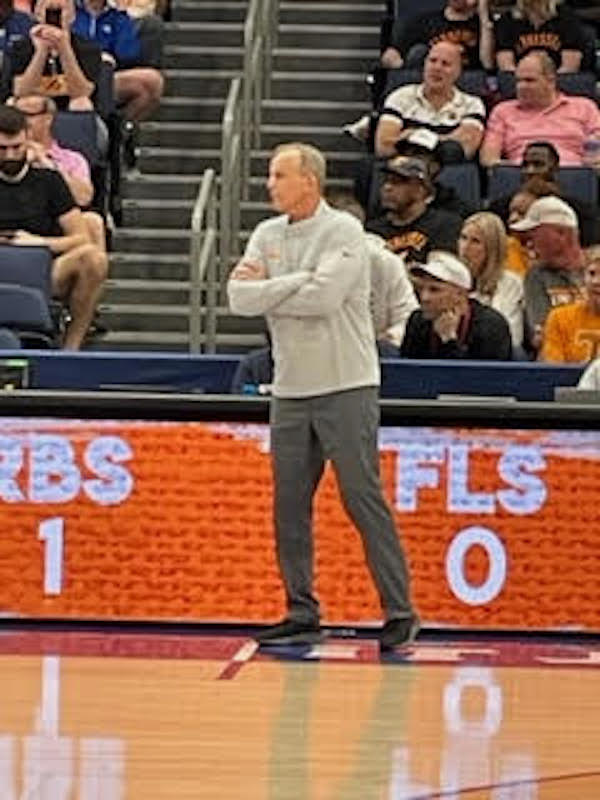 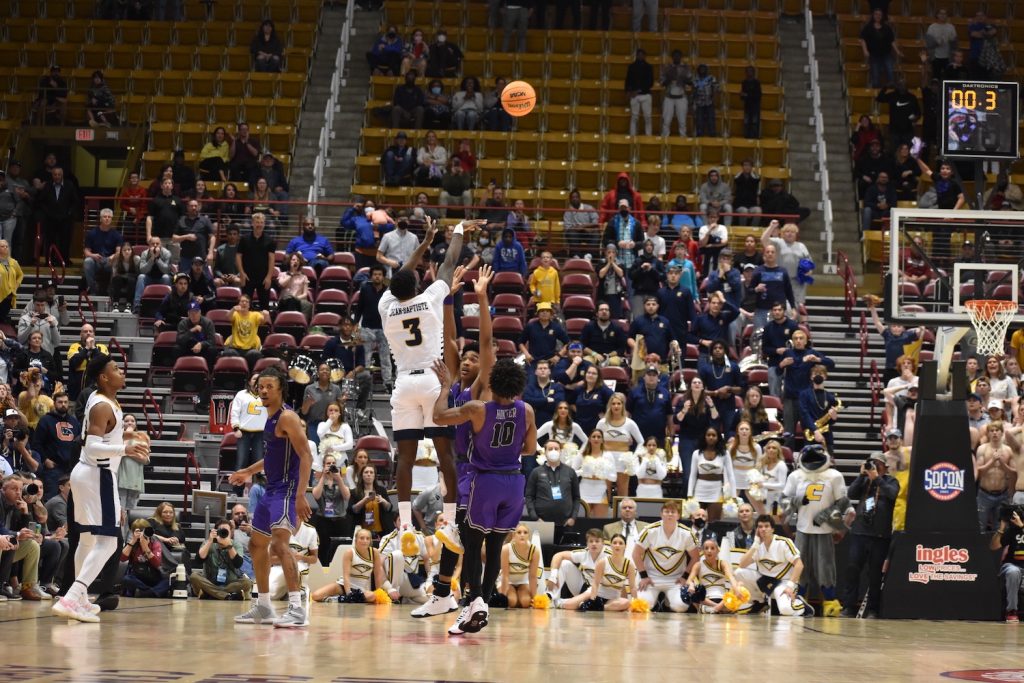