Army Rolls Over the Midshipmen for 3rd straight season

Philadelphia, Penn. – This is known as American’s Game, filled with tradition.

For the 119thtime Army versus Navy took place on the gridiron.

It’s the only game where everyone on the field is a hero.

“The March On” happened a few minutes after 2:30 on Saturday; U.S. Military Academy Cadets and the Midshipmen of Navy marched onto the pristine green playing field. The country’s future military leaders, warriors and brothers and sisters in arms move onto the field in cadence in a manner so precise that it captures the entire crowd’s attention in awe.

For fun and entertainment, the two schools continue a tradition that no other game has when the complete “the prisoner exchange” as seven exchange students from each school swap sides of the field to return to their own.  These seven “prisoners” were part of a fall semester program called the Service Academy Exchange Program as they spent a semester in their rival’s classroom to be returned on national TV as their two schools prepare to play in front thousands of active military, Veterans, their families and friends.

Aerial exhibitions from the two services take place as the Navy Leap Frogs followed by the Army Golden Knights parachute into the stadium getting the participants and the fans fired up! 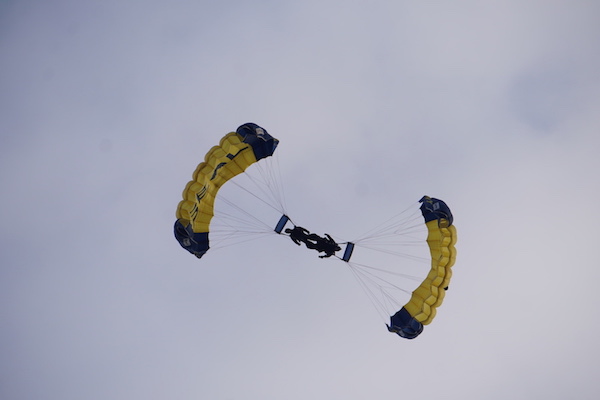 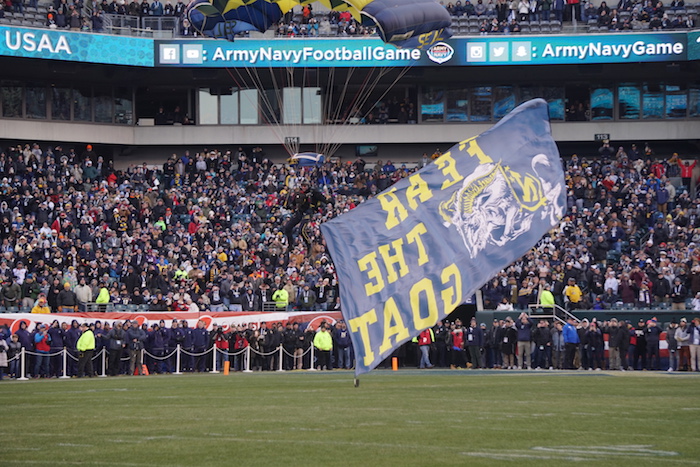 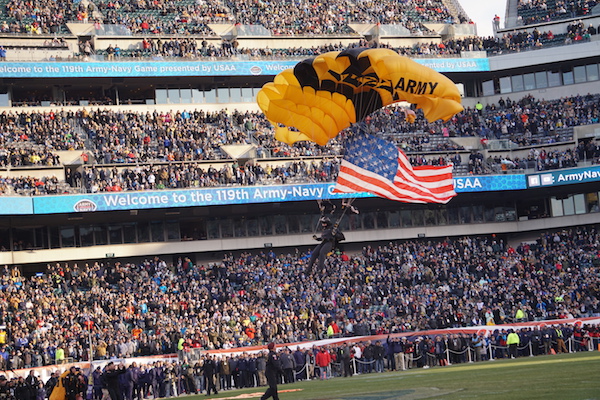 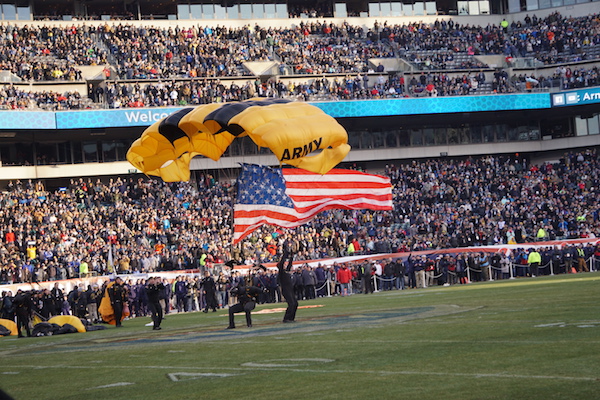 As the service members land and collect their “chutes,” the excitement from the teams in the tunnels jumping up and down, can be heard by all as the players yell and carry-on, waiting to storm the field.

Wait, four Army Apache helicopters flyover head as the Army Football team rolls onto the field bringing the crowd to their feet.  Their black uniforms adorned with a clear red one honoring the Army’s 100th anniversary of the famed “Big Red One,” i.e. First Infantry Division.

Almost as quickly as the Apaches appeared, they vanish overhead followed by the incredible roar of four Navy’s F-18 Hornets ripping through the sky.  The deafening noise ushers the Midshipmen onto the field as they proudly display they honor their school’s mascot, the Navy Goat, on their uniforms of the day.  [embedyt] https://www.youtube.com/watch?v=WS0Fd5k8eqA[/embedyt]

Every concrete block, girder and piece of rebar is shaking at Lincoln Financial Field in Philadelphia as 66,729 fans cheer, scream, and clap, vehemently encouraging their favorites.  Without one play, the stadium roars again; President Donald Trump strides onto the field to greet the teams and flip the coin. Cheering is incessant the entire time, the 45th president is on the field.  Love for this commander-in-chief is obvious in Philly.

Quickly, the cadets take a lead and they would keep the same for the next three-plus quarters.  Finally, in the fourth quarter, Navy scored their lone touchdown of the game.  The “long gray line” defensive squad was more than a line this day as they formed a blockade against the Navy’s Midshipmen. After Army recovered a fumble while Navy attempted a 4th down with 12 yards to go, deep in their own territory, Kelvin Hopkins Jr, Army’s quarterback, finished off the team from Annapolis with a one-yard scoring run giving Army their third straight victory against Navy.

Tradition dictates that after the final horn, each team sings their school song together.  This sign of respect to one another is paramount as soon they will serve together, leading Uncle Sam’s service members and winning our nation’s battles.

In this game the scoreboard shows an obvious winner and loser but when this military showcase is played, “the land of the free and home of the brave” wins. 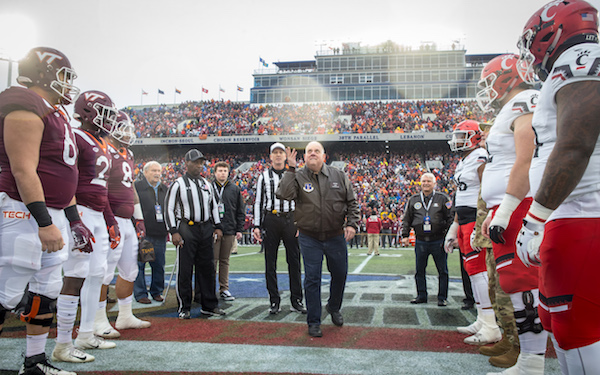 Congressional Record to one of our Nations Heroes, Dr. Hans Mumm 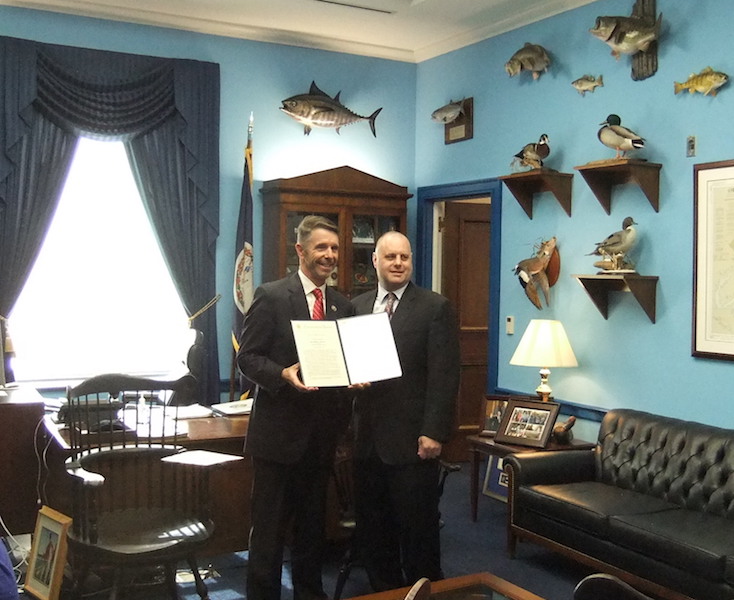