No March tournament has the potential for more madness than the Big South Conference Tournament (being held in Buies Creek, North Carolina on the campus of Campbell University). Parity is the name of the game in the Big South as the top eight teams in the conference were separated by a mere three games in the regular season. It would not be a shock if any of the remaining teams win the conference’s automatic bid to the NCAA Tournament.

Radford tries to repeat as tournament champion but comes in limping. They lost three of their final five games. The Highlanders will lean heavily on Ed Polite Jr and Carlik Jones (last year’s Big South Tournament MVP) to make a return trip to the NCAA Tournament.

Campbell’s Chris Clemons continues his assault on the NCAA record books. The 2018-19 Big South Conference Player of the Year came into the quarterfinal game within striking distance from becoming the fifth leading scorer in NCAA Division 1 history. He leads the nation in scoring at 30.1 points per game.

The Hampton Pirates are trying to bust up the party in their first year in the Big South. The talented squad is led by guard Jermaine Marrow (scoring twenty-five points per game).

Coach Tubby Smith looks to make a run with his alma mater, High Point University. The three time national Coach of the Year won a national championship in 1998 and surpassed the 600 career victory mark this season.

A look at the outcomes of the quarterfinal games….

As the noon game, the expected sparse crowd did not match the energy of the competitors. Presbyterian (18-15) kept themselves in the game by making eight three point field goals in the first half. Their passing was crisp (assisting on 65% of their field goals) and the Highlanders (21-10) had a difficult time defending their ballscreens. In the second half, Radford star Ed Polite Jr. loosened the Blue Hose defense by making several mid-range jump shots. This allowed him to drive the basketball and finish in the paint late in the game. He finished with a game high twenty-one points and nine rebounds. Donald Hicks scored sixteen points (including five three pointers). Presbyterian was led by Adam Flagler’s twenty points and Francois Lewis’ nineteen.

The second game of the day was played at a frenetic pace that was controlled by the Buccaneers fantastic backcourt duo of junior Christian Keeling and freshman Dontrell Shuler. Charleston Southern (17-14) shot 49% from the field and 52% from three point range. They were led by Keeling’s game high twenty-five points and Shuler’s twenty-two. Winthrop (18-12) trailed by six at halftime and fell behind by double figures early in the second half. Guard Bjorn Broman sparked a second half rally by making three consecutive three pointers. Ultimately, the Eagles could not make up for poor shooting (just 34% from the field) and turning the ball over seventeen times.

The top seed and host Camels (20-11) outlasted a gritty performance by the Pirates (15-16). The first game of the evening session featured a battle between two of the best guards under 6’00” in Campbell’s Chris Clemons and Hampton’s Jermaine Marrow. Clemons started the game hot by scoring eight points in the first three minutes. Marrow answered with his own eight point spurt. Campbell led by as many as ten in the first half. Campbell went cold to start the second half and Hampton eventually took the lead three minutes in but could not hold it. Campbell closed the game fueled by three pointers and free throws (nineteen attempts in the second half alone). Clemons finished the game with thirty-four points and moved into fourth place on the career scoring list for NCAA Division 1. Forward Andrew Eudy did a bit of everything for the Camels. He finished with twenty-one points, fourteen rebounds and three assists. Hampton was paced by Marrow’s twenty-two points.

In the final quarterfinal matchup of the day, the 4 vs. 5 game went from an early blowout to a nail biter. The Bulldogs (21-11) used a balanced scoring attack to take a 36-24 lead into the locker room at halftime over the Panthers (16-15). High Point fell behind by as many as nineteen and was forced to switch defenses to a full-court press. This move by High Point Coach Tubby Smith seemed to ignite the Panthers. They went on a feverish run and closed the gap to two but could never get over the hump. Gardner-Webb closed the game out on the free throw line. The victorious Bulldogs were led by David Efianayi’s twenty-five points and DJ Lester’s sixteen points including several highlight reel dunks. The Panthers were led by the two-headed monster of Ricky Madison (twenty-two points and seven rebounds) and Jahaad Proctor (twenty-five points). 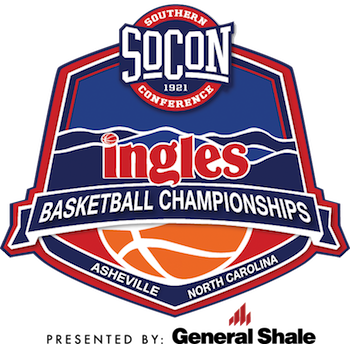