Special Forces in Niger: Commentary from a Former Green Beret Who Helped Start the Mission a Decade Ago

I’ve been watching the news with clenched teeth and a heavy heart for the past few weeks, hearing all of the nonsense regarding the tragedy in Niger and understanding just how juvenile both the “journalists” reporting on the subject and politicians discussing it are.

I say this because as a US Army Special Forces Medic (18D) I was attached to one of the first ODAs into Niger a decade ago, and wrote about that experience in my book, “Love Me When I’m Gone: The True Story of Life, Love and Loss for a Green Beret in Post-9/11 War,” which was published in 2012.

I actually took the time to go through the Pentagon’s Office of Security Review and receive clearance for that book, which proves that Special Forces have been there for over a decade, and that fact is completely open-source.

I’ve been contemplating writing this for a few days now, but an article that I saw on CNN was the proverbial “straw that broke the camel’s back.”  The article, “Deploying US Armed Forces in Niger is Unlawful” by Jimmy Gurule does what the children at CNN are best at, using the breadth of it to talk about how awful President Trump is for deploying US soldiers to the African nation of Niger.  He even goes so far as to ask if Congress provided “specific authorization for President Trump to introduce American armed forces into hostilities in Niger.”

The problem, Jimmy, is that Trump didn’t originally deploy them.  I went to Niger under President George W. Bush.  The number of Green Berets in Niger increased under Obama.  And now Trump is merely continuing a mission that’s been going on for over a decade. 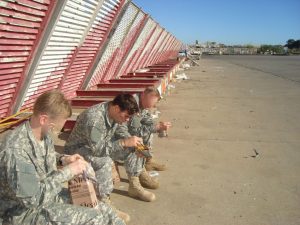 MREs on the airfield in North Africa en route to Niger

What bothers me even more than spineless politicians like Lindsey Graham and journalists pretending they didn’t know we had troops there (what does that say about the bang-up job journalists have been doing) is the fact that we lost soldiers in Niger while I was assigned to that unit, and a friend I went through the Special Forces Qualification Course (commonly called “the Q-course”) with died there while assigned to a different unit – both many years ago.

And yet the clueless continue this narrative to make it seem like this is a new thing under President Trump, and somehow try to pin this tragedy on him.

So why are Special Forces in Niger?

Again I’ll have to stay in the confines of what I was previously cleared to discuss, but let’s take a step back and look at the bigger geopolitical picture for a moment – something the click-bait fake news won’t want you to do, as it requires some actual insight and intelligent thought.

In the grand scheme of things, what America wants as a defense strategy is simple: stability.

You see, Americans tend to forget that the rest of the world isn’t quite like us.  In America, if you do something bad or Big Brother wants to find you, it’s pretty simple…we have traffic cameras all over the place.  If you take the subway, public transportation or work in any metropolitan area, you are on dozens – if not hundreds – of cameras every day that can be used to track you down.

In the US, you likely use a credit or debit card for some transactions, and while certain people would like you to believe that requiring a photo ID to vote is racist, the truth is that you need to show some form of photo ID to enact a large number of daily transactions in this country (I had to show mine to get on an airplane yesterday — and to use my credit card to buy groceries).

But Africa, particularly Trans-Sahel (below the Sahara Desert) Africa is a different story.  On the DoD list of nations, Niger was the poorest of the poor nations on this planet in the year I went.

In that part of the world (Trans-Sahel Africa), a person who wants to “get lost” or go unseen can easily do so.  The phrase, “From here to Timbuktu,” is referring to Timbuktu, in neighboring Mali, which was the very last outpost at which a person could stop for supplies before making the trek across the barren Sahara desert.  In other words, there is a lot of open terrain.

Let’s add a simple formula to this equation: the formula for breeding terrorists.  While some in today’s PC-world would surely argue this fact, there is a very simple and well-known formula for the factors which, if present, will most likely lead a portion of the population subjected to these factors into extremism and possibly terrorism: poverty, heat, illiteracy and Islam.

Let’s add ease-of-access from the Middle East directly into Africa via several routes (Yemen to Djibouti, Saudi Arabia/Jordan to Egypt and Spain/Portugal to Morocco) and you have what some may refer to as a “rat line” for terrorists who either need to get out of the Middle East or would-be terrorists who want to travel from Europe to go on the Jihad.

Take all of these factors together, and you have what has become known as a future hotbed of activity.  Because of the US and NATO presence in the Middle East they can’t exactly set up terrorist training camps in Afghanistan like pre-9/11 days, so where is a terrorist to go if he wants to set up shop and train others?  Northern Africa.

One of the benefits of being on the most corrupt continent on the planet (well, openly corrupt, as I would argue that our lobbyists would give even the shadiest African dictator a run for his money) is that it isn’t too hard to pay the local officials to just stay away from a certain part of the desert or outskirts of their village.

On top of potential want-to-be terrorists, Niger is one of the places on this planet that has substantial Uranium deposits, so again falling back to the stability argument this is something that, unless we want the craziest of crazies to become nuclear powers, we need to keep a lid on.

And finally, add to the equation that the Chinese are all over Niger (and the rest of Africa).  I mentioned in “Love Me When I’m Gone” that we happened to see the same Chinese agent throughout our trip there, from our first day touching down in Niamey all the way through backwoods hotels in the middle of nowhere.  We are locked in the midst of a low-intensity cold war of sorts with China, desperately grasping for resources wherever they can be found.  And many of them can be found in Africa.

Given that Green Berets are the masters of Unconventional Warfare (UW), our main purpose down there, as in many other nations in Southeast Asia and across the globe, is to link up with local forces and befriend, train and equip them as partners in our mission of Foreign Internal Defense (FID) to help our partner African nations beef up their forces and stand up a proper military that can defend against foreign invaders, coups or militant forces attempting to enforce a caliphate in their backyards.

Which leads to our ultimate goal of stability.

As a medic, I spent much of my time looking at local hospitals and treating patients in impromptu clinics in the farthest reaches of the nation.  We would let the populace know several days in advance that the Americans were coming with doctors and medics, and we would proceed to see (and feed) every single person that we could, from sunup to sundown.

We met scores of people who had never seen a real medic or doctor, and many more who had never seen white people before.  We would meet locals who had been told that Americans were evil and would eat their children, but after showing them some Tender Loving Care (TLC) and that we truly were there to help, those people would go home to tell their friends that we were good. And we’d have triple the patient load the next morning. 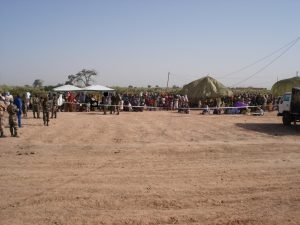 Now that you’ve read this, please see through the political grandstanding and nonsense for what it is.  Operation Flintlock is a non-classified operation that has been bringing Special Forces to Trans-Sahel Africa for over a decade, so this is nothing new.  If you want more detail than I can go to in this article, you can pick up my book or audiobook (which I will reiterate was cleared by the Pentagon OSR in 2012) and read about the specifics of our trip, and other deployments to Iraq and Afghanistan.  But the bottom line is: It’s not Trump’s fault these heroes met their end in the African desert, nor was it his decision to be there in the first place.

And no, my friends and Brothers dying there a decade ago was not his fault either.

All wars lead to Africa, and this one is no different.  Special Forces has been there for a very long time, as we have across most of the globe.  Just because the media took their attention off of everything besides the Middle East and now Russia doesn’t mean that our operations ceased until they could begin learning about what was actually going on around the world.

US Special Operations were deployed across 138 countries in 2016, and many of my Brothers are among those numbers bedding down tonight in the furthest reaches of the globe.  We thrive in these environments, and the men who volunteer several times over (for the military, airborne school, Special Forces Selection, the Q-course and then assignment to a Special Forces Group and an Operational Detachment-Alpha (ODA)) know exactly what they have signed up for.

And they love it.  General Kelly and President Trump were 100% correct in their comments that those men were with exactly who they wanted to be, doing exactly what they wanted to do and that our nation owes them a debt of gratitude which can never be repaid.

The motto of Special Forces is “De Oppresso Liber: To Free the Oppressed.”  For those of us who have been to Africa, we have a very different meaning of that motto than many others.  I’ve had many a discussion with fellow Green Beret veterans about the difference it would make if every American could visit Trans-Sahel Africa just once to see what oppression and poverty truly look like.

But until that happens, we should take comfort in knowing that brave men are down there instead, doing what they can to train, advise and assist those who need our help.

So the next time you hear a journalist or politician trying to blame this on Trump, know in the back of your mind that this has been going on for over a decade, and that they are doing what journalists and politicians do; bending the truth.

Our involvement in Niger did not begin here, and it will not end here.  And the sooner the journalists and politicians get out of they way, the sooner my Special Forces brethren can get back to freeing the oppressed.

Robert Patrick Lewis is a former Green Beret OIF/OEF combat veteran with 10th SFG(A) and an award-winning author of The Pact and Love Me When I’m Gone: The True Story of Life, Love and Loss for A Green Beret In Post-9/11 War.  Follow him @RobertPLewis on Twitter or on his RobertPatrickLewisAuthor Facebook page.

How To Increase Your Sales Fast! 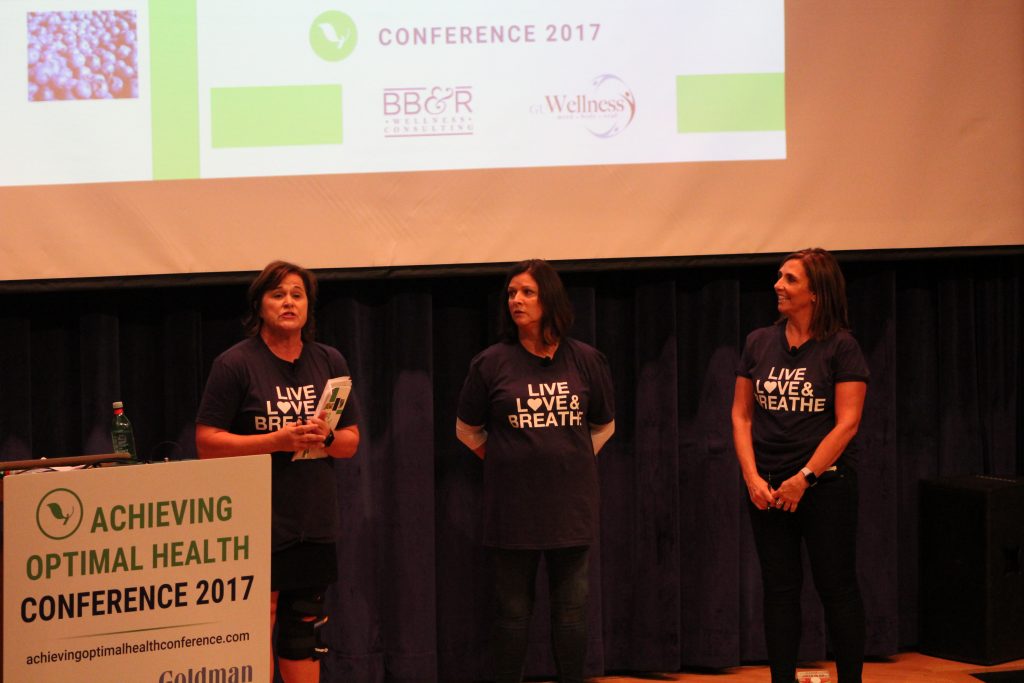