Virginia Tech Bounces Back with Huge Win Over #22 Duke

The Virginia Tech Hokies football program headed into Saturday night’s primetime matchup with a lot of noise. The team was coming off of a crushing loss to the Old Dominion Monarchs, where the team lost not just the game and national ranking, but also their starting quarterback Josh Jackson to injury (fractured left fibula). The team named Ryan Willis their starting QB earlier in the week. Willis, a walk-on transfer from Kansas, threw for 12 touchdowns and 17 interceptions over 10 games as a starter (over two season) for a Jayhawks team that won just 2 games in his time with the program. Coming into their game against the 22ndranked Duke Blue Devils, the Hokies, and Willis, had a lot to prove.

Willis threw for 332 yards and three touchdowns, with no turnovers, and was the key factor to Virginia Tech’s statement win against a very good Duke team, 31-14. The win was Willis’ first as a starter at the college level. Let that sink in for a minute. After the game, Willis passed teammate Houshun “House” Gaines in the press conference room and Gaines said, “Number five with the keys to the Cadillac.” The comment was joined by an embrace that showed genuine support for Willis as the team’s new leader. Gaines also had a great night as the defensive leader had four tackles and two-and-a-half sacks, all while playing through personal issues that were unannounced until head coach Justin Fuente mentioned them during his media availability session.

“My hat goes off to House, he has been battling a personal issue with his mother and it’s been extremely tough on him,” said Fuente. “You talk about a loss of a game, that loss (ODU) is nothing compared to what he is going through and, I thought as much as anybody, he has really shown a lot of perseverance and shows that he really cares about this football team with what he is going through and I’ve just been really proud of him.”

For Duke, the storyline takes a turn towards the eerily familiar. Just like this season, the 2017 Blue Devils started 4-0, but last season’s team went on to lose their next six. Duke heads into a bye next week before making the trip to Atlanta, to take on Georgia Tech, and it was evident that the bye week couldn’t have come at a better time. Between lingering injuries and last season’s breakdown being the talk of the town, the Blue Devils will need the additional time to hit the reset button. A six-game losing streak for this Duke team is highly unlikely as the team much stronger than last season, but the Devils will still need to prove their mental toughness. Star linebacker Joe Giles-Harris says that it won’t be a problem.

For Virginia Tech, next up is a tough home matchup against 8thranked Notre Dame, who comes off of a big Saturday win against no.7 Stanford. 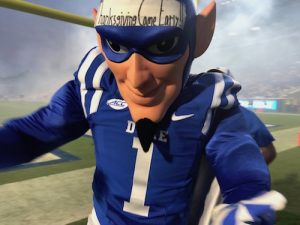 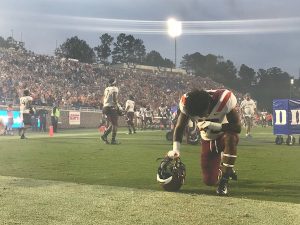 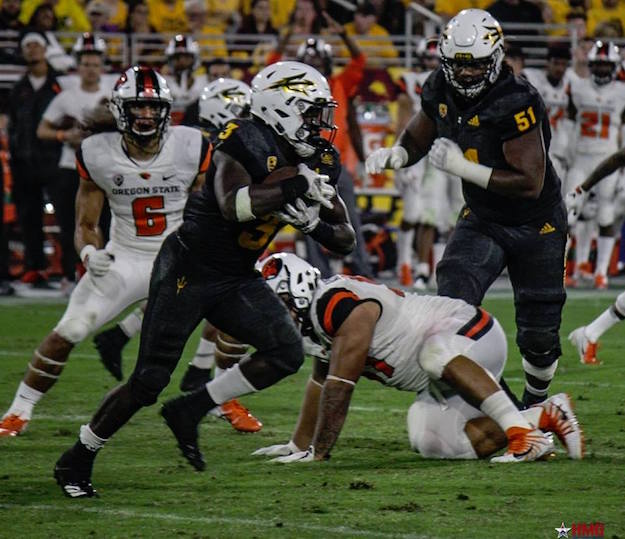