In search of its school-record 28th win of the season, Florida State entered this game as solid favorites despite being without veteran forward Phil Cofer (right foot) for the thirteenth game of the season. Nevertheless, FSU scoring was led by 6’10” forward Mfiondu Kabengele with 21 points and senior guard Terrance Mann with 19. Despite a sufficient offensive showing, the Seminoles ultimately stole this game on defense, recording 9 steals and forcing 16 Vermont turnovers in what was a tight contest all the way up until the final minutes when FSU found its second gear.

The underdog Vermont Catamounts put on a gutsy display despite the loss in a performance that leaves them plenty to build upon moving forward into next season. Scoring was evenly distributed between Ben Shungu, Ernie Duncan, and Stef Smith who dropped 15 a piece, all a notch below Anthony Lamb who finished with 16 points. As a team, the Catamounts lit up 16 threes, shooting 50 percent (16-32) from beyond the arc and going 23-53 (43.4%) from the field. FSU head coach Leonard Hamilton noted postgame that he’d “never seen a team shoot that well from the perimeter.”

Despite its success from downtown, however, Vermont was dominated at the free throw line, hitting 7-13 in contrast to FSU, which shot 31-37 from the line. Percentages aside, the sheer volume of free throws taken by the Seminoles is indicative of the physical inside play required to win, particularly considering its poor afternoon from beyond the arc (3-12). It was certainly a dogfight; and postgame interviews reflected as much.

“We didn’t expect it to be an easy win,” said a triumphant Coach Leonard Hamilton postgame. “You don’t have any easy victories in the NCAA tournament. That’s why they call it March Madness.”

Ultimately, turnovers were the name of this game and Vermont coughed it up 16 times in the loss. While the Catamounts head home now, the Florida State Seminoles live to survive another day. As Coach Leonard Hamilton stated after the game, “This is March Madness. I’m just glad to be able to advance.”

The Murray State Racers are a dangerous team and their performance Thursday proves as much. Led by sophomore guard JA Morant, the Racers shot 9-18 (50%) from three and 30-56 (53.6%) from the field. Morant, for his part, finished with a triple double of 17 points, 16 assists, and 11 rebounds. The ball movement was exceptional, with the most telling statistic of the game having to be Murray State’s 23 total assists versus Marquette’s 6.  While scorers didn’t seem to have an issue during the Racers’ offensive explosion, distributors were more than generous with the ball. Fresh off his triple double, JA Morant was asked postgame about his favorite statistic regarding his performance. His response:

“Sixteen assists. That’s my favorite thing to do.”

While Marquette matched the Racers in rebounds, turnovers, and blocks, the Golden Eagles were inconsistent offensively. Shooting just 32 percent from the field (30-56) and only 26 percent from three (8-30), the numbers paint a gloomy portrait. In do-or-die, win-or-go-home games, teams sometimes live and die by the three ball. Quite simply, the Racers caught fire from beyond the arc and Marquette never got it going.

Nonetheless, there were some bright spots for Marquette, namely Markus Howard who put down 26 points and Sam Hauser with 16 points and 10 rebounds. Ultimately, the Golden Eagles were stagnant offensively as they failed to distribute the ball with the slickness and efficiency of Murray State. Defense wins championships, but in the case of the Murray State Racers, nobody’s complaining about a little extra scoring. While Marquette will undoubtedly have a long offseason after this one, there is plenty to learn and build upon moving forward. While they go back to the film room, however, the Racers will refill the tank and prepare for FSU on Saturday.

Jay Wright’s Wildcats were led by Phil Booth (20 pts, 6 ast), Eric Paschall (14 pts, 6 reb), and Jermaine Samuels (12 pts, 7 reb). As a team Villanova featured a balanced offensive attack, shooting 8-20 (40%) from beyond the arc and 24-49 (49%) from the field, while limiting itself to only 7 turnovers. Nova recorded 3 steals as a team, one of which came on the final play to secure victory up by four with seconds remaining.

St. Mary’s was led by Jordan Ford and Malik Fitts who each scored 13 points. Trailing behind them was Tanner Krebbs and Tommy Kuhse who each put up 8 points in the loss for their parts. As a team, the Gaels shot 8-22 (36.4%) from three and 23-55 (41.8%) from the field, while outpacing Villanova in offensive rebounds. Defensively, St. Mary’s recorded 3 steals and matched Nova with 21 rebounds, but ultimately let up four more points than its opposition. While the Gaels took care of the ball throughout, their night was bookended by a pair of turnovers, one coming four seconds into the game and the last being the period at the end of their season.

Following the win, Villanova head coach Jay Wright praised his seniors as well as the team he just sent packing.

“[We relied on seniors Booth and Paschall] a lot. And we always do and you can tell. We got the ball in their hands all the time,” adding, “All the credit to St. Mary’s. What a great team; well coach, disciplined, intelligent guys; shake hands with them at the end, man, they’re classy.”

St. Mary’s is well-deserving of the praise heaped upon them by Coach Wright and they’ll have much to build upon moving forward. As for the Wildcats hoping to defend their title, they live to see another day amid the madness.

Coach Wright noted during his postgame interview, “That was a great college basketball game.” Right he was; and hopefully another one on the docket for Saturday.

The Purdue Boilermakers (24-9, 16-4 Big Ten) weathered a late comeback by Old Dominion (26-9, 13-5 C-USA) to win 61-48 and advance to the second round of play in which they will meet the defending champion Villanova Wildcats on Saturday in Hartford.

Purdue, seeking its third consecutive first round win in tournament play, led by as many as 20 points in a solid offensive outing. The Boilermakers were led by guard Carson Edwards (26 pts, 4 ast, 7 reb), and 7’3” center Matt Haarms (13 pts, 4 reb). As a team, Purdue shot 9-30 (30%) from three point range and 20-53 (37.7%) from the field. Despite having a massive height advantage underneath, Purdue lost the offensive rebound battle to Old Dominion, but made up for it with effective ball distribution resulting in 28 team assists. While crisp ball movement is crucial for any winning effort, stingy defense will always win championships. On the defensive side of the ball, Purdue forced 8 turnovers and swiped 3 steals to compliment 3 blocks.

Old Dominion appeared outmatched throughout most of the game, shooting a meager 6-25 (24%) from beyond the arc and an astonishing 18-67 (26.9%) from the field. In what was an overall underwhelming offensive performance, the Monarchs were led by Ahmad Caver (19 pts, 10 reb) and B.J. Smith (14 pts, 4 reb). Despite trailing 19-32 at the half, the Monarchs cut the Purdue lead down to single digits late in the game before subsequently succumbing to the Boilermakers’ multifaceted offensive attack.

After the game, Purdue head coach Matt Painter praised his team’s defense and its superstar of the night. “I thought our guys did a good job. Defensively, the whole game, we played well. They made their little run right there but we got some key stops and made our free throws.”

On Carson Edwards’ 26 point showing, Painter had to say, “I thought he did really well. You know, his back’s been bothering him. I thought he did some good things defensively along with obviously making some key shots.”

With this grind-it-out type of win, Purdue will advance to the second round of tournament play where they will butt heads with the Villanova Wildcats, led by seniors Phil Booth and Eric Paschall.

On the prospect of doing battle with the defending champs, Edwards noted, “It’s a fun matchup. I always enjoy competing to be able to play at this stage, but, I mean they’re a good team; very fundamental and play well together so just got to be ready.” 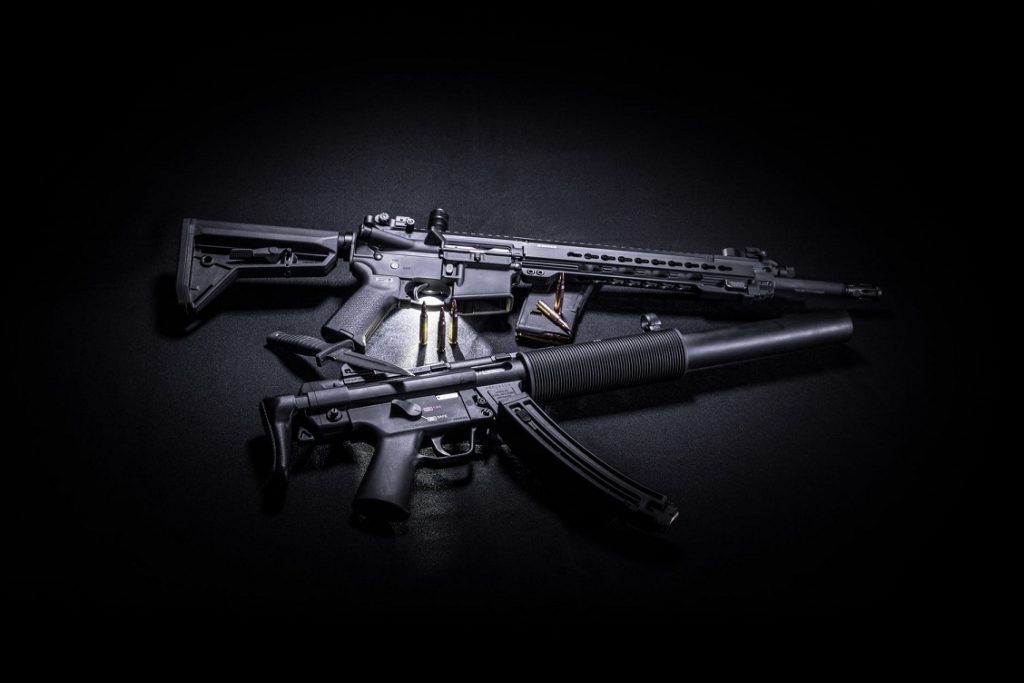 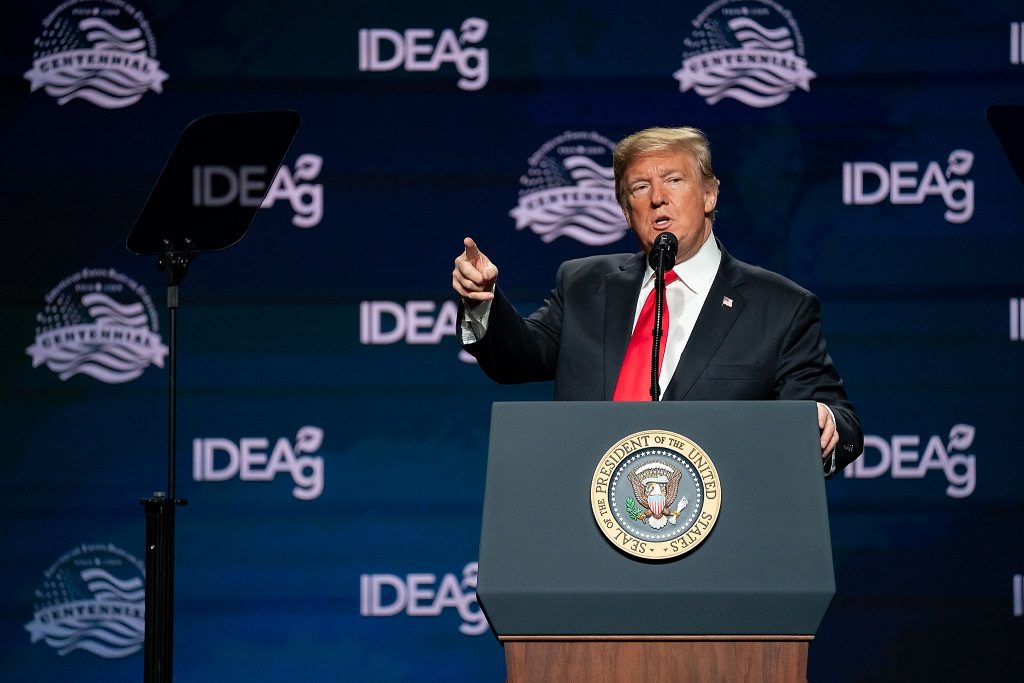