On Tuesday, a police officer in Columbus, Ohio shot and killed 16-year-old Ma’Khia Bryant as she was lunging to stab another girl with a knife. According to reports, Bryant was a foster-care child in the midst of an argument with two other girls when officers were called to the scene. Body camera footage shows Bryant chasing one girl with the knife until she falls to the ground, at which point Bryant charges the second girl and is dropped by police fire.

The fact pattern suggests this should have been a local news story: a violent altercation between several people that necessitated the use of lethal force by police against the aggressor. Unfortunately, this is a regular occurrence in civilized countries throughout the world. But in this one, we see a different fact pattern: white police officer shoots black suspect. For our establishment media, this was national news – and further evidence that American policing is systemically racist.

On MSNBC, Joy Reid criticized allies of the anti-police movement for focusing on the fact pattern in this case rather than the skin color of those involved: “People are already flipping from ‘I have compassion for George Floyd’s family’ to ‘Yeah, but that one, she deserved to die.'” LeBron James tweeted, and later deleted, about the involved officer: “You’re Next.” In Columbus, protestors took to the streets to hold the officer accountable for saving a teenage black girl from a violent assault by shooting the one charging with the knife.

Now that Derek Chauvin has been convicted on all charges, including both murder charges, this is what we can expect. Each time a white police officer uses force against a black suspect, regardless of the circumstances, the media will operate from the assumption that the conflict was racially-motivated; high-profile people will call to indict the officer and charge him with murder; and the mob will threaten violence in the streets unless the officer is convicted on all charges, relevant or otherwise.

This is because the evidence does not matter. All that matters is the narrative of systemic police racism.

Commenting on the Chauvin verdict, MSNBC’s Jason Johnson called it a “cultural makeup call” and complained: “I’m not happy. I’m not pleased. I don’t have any sense of satisfaction. I don’t think this is the system working.” Of course not. If an officer committed a crime and went to jail for it, the narrative of systemic police racism would fall apart, even if there is still no evidence that George Floyd would be alive today were he white.

Van Jones reminded CNN viewers that the verdict was only the beginning: “One down. Many, many more to go.” Every concession to leftists is the beginning of a movement, even verdicts in criminal trials that shouldn’t be concessions and have nothing to do with their politics. But, as Ibram X. Kendi put it while being featured on CBS News: “Is justice convicting a police officer, or is justice convicting America?”

This is about convicting America. Like George Floyd, Ma’Khia Bryant will be used by the media and leftist activists to push their narrative, which is useful for ratings and politics, alike.

The predictable consequence of this will be an increase in violent crime. Studies repeatedly show that violent crime decreases as police presence and aggressive enforcement of the law increases. The opposite is true when police are treated as the enemy. Between 2014 and 2019, beginning with the Ferguson riots from the Michael Brown shooting, the Black Lives Matter, anti-police movement has resulted in 1,000 to 6,000 additional deaths. This doesn’t include the 30 percent increase in urban homicide during 2020 that followed the Floyd killing.

Of all the Democratic policies that make life worse for black Americans, cutting back on policing in high-crime communities ranks near the top. But higher quality of life for blacks isn’t the goal for Democrats and the media. Their goal is to indict the systems and tear them down. If life gets worse in the process, that’s only further evidence that the systems are broken.

If aspects of policing sometimes look ugly on tape, just wait to see what the anti-police narrative looks like in practice. Less policing means more crime. More crime means that instead of Ma’Khia Bryant having been killed, it would’ve been the girl she was trying to stab. Then it would be that girl’s family calling for justice and not getting it. Largely because that story – black teen kills black teen – doesn’t make the national news.

RUF Nation is a BIG Hit in Glendale, AZ 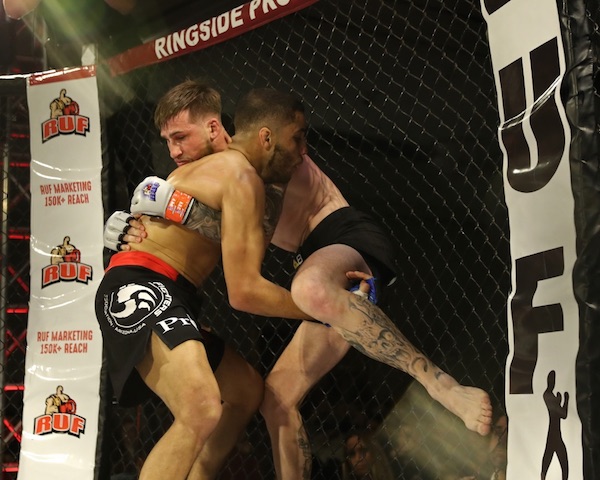