Navy entered the game as the clear favorite, ranked 25th in the country and sporting a 9-win record in route to the Armed Forces Bowl at Amon G. Carter Stadium in Fort Worth, Texas on Dec. 23, 2016. 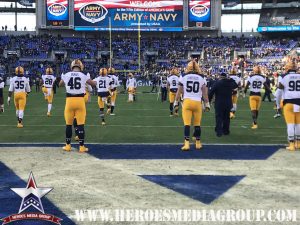 However, the Black Knights behind sophomore running back, Andy Davidson took off to a 14-point lead as the genesis of an upset began to develop in the first half.  Davidson took home “player of the game” honors having rushed for 87 yards and two touchdowns enjoying a 3.1 yards per carry average in the contest.

The game tightened quite a bit in the second half as Navy made a valiant comeback behind their sophomore quarterback, Zach Abey.  Abey was making his first start of the season and executed arguably the most exciting play of the game rushing for a 41-year touchdown to give the Midshipman the lead.

“When they took the lead 17-14, I think our guys just knuckled down and were determined that they were going to win,” said Monken.

Besides the contest on the gridiron, this storied rivalry game had three noteworthy stories develop. 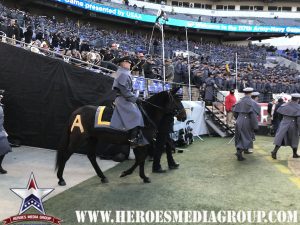 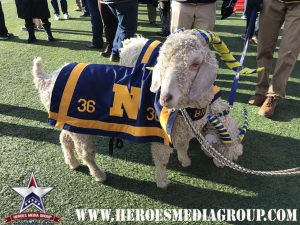 President-Elect Donald Trump attended the game and insisted he was neutral in regard to which team he favored. However, his comments about the caliber of play were surprising.  Trump told the broadcasting team that the spirt at the game was beautiful but he did question the quality of the football being played.

Additionally, this game marked the final broadcast of Verne Lundquist’s career.  Lundquist signed off with a two-minute-plus farewell speech that found him thanking his staff and getting emotional when he mentioned his wife Nancy.  Lundquist has been calling the Army-Navy contest for 8 years but his broadcasting career harkens back to the 1960s earning most of his college-broadcasting accolades calling SEC contests with CBS Sports.  According to Lundquist his love of the college football game began after he took in his first college football game at age 12.

The Black Knights made news earlier in the week when they displayed their game-day uniforms paying homage to the World War II paratrooper jump suits and the famed 82 Airborne Division.  The all-black uniforms sported the division’s patch, an oversized 48-star American flag patch, player name tapes, full-color historical unit patches and an improvised camo base layer. 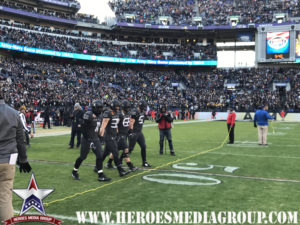 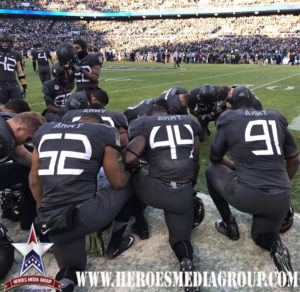 “If people can’t see this as America’s Game, they’re not paying close enough attention,” said Monken in a pre-game press conference.  “Every young man out there who is playing in the game on Saturday with nine-thousand other college-aged students dressed in uniform sitting in the stands have all made a pledge and a commitment to serve this nation and, ultimately, would put their lives on the line for all of us who aren’t willing to make that commitment. If that doesn’t make it America’s Game, then we don’t have a game.”

Army finishes the season 7-5 and will play the North Texas Mean Green on Dec. 27, 2016 in the Zaxby’s “Heart of Dallas Bowl” for their first post-season competition since 2010.  The game will take place at noon at the historic Cotton Bowl stadium.

“HMG has a great mission and is growing exponentially and quickly, said Bird. “We remain committed to supporting our military, veterans, first-responders, firefighters, law enforcement and their families with newsworthy broadcasts as well as great sports coverage for our troops in the foxhole to cops on the beat.  Visit us at www.heroesmediagroup.com.” 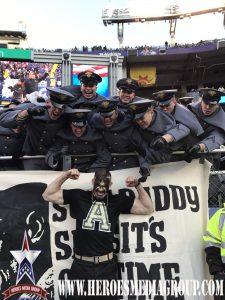 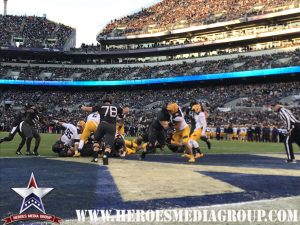 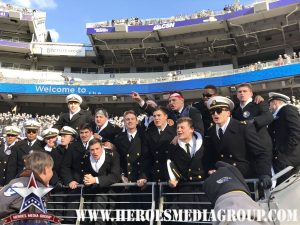 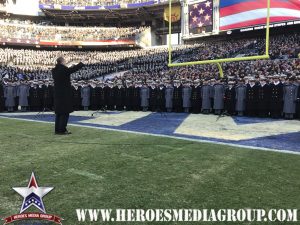 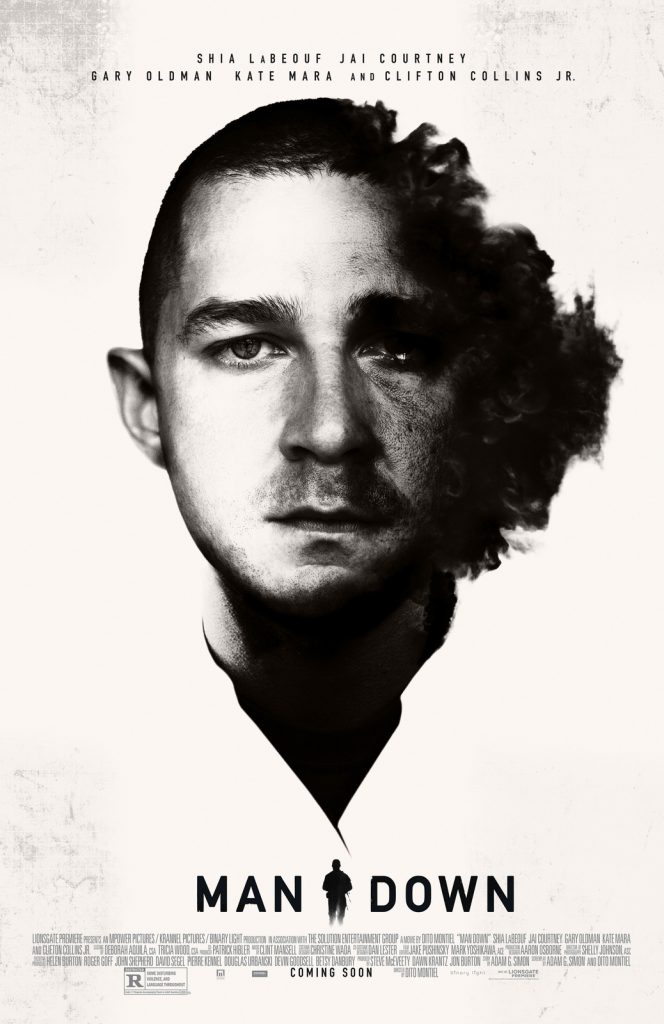