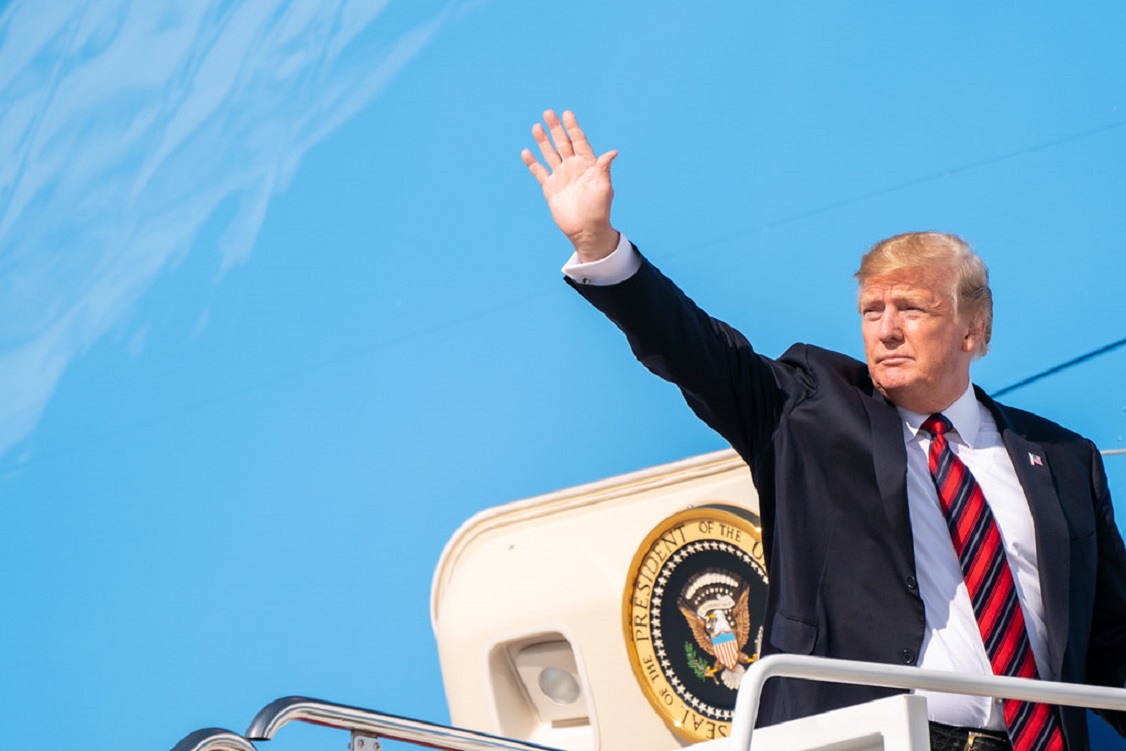 On Thursday, President Trump delivered a Rose Garden address in which he detailed his administration’s emerging plan to overhaul the U.S. immigration system and incorporate a merit-based process designed to “create a fair, modern and lawful system of immigration for the United States,” as opposed to the current “dysfunctional legal immigration process.” While the left has continued to persevere in its resistance, President Trump must persevere in fulfillment of his latest promise.

Thus far, Democrats haven’t been very clear about their opposition to merit-based immigration, only to fairly unrelated aspects of President Trump’s plan for enforcing it—Sen. Chuck Schumer (D-NY) condemned the proposal as being “partisan” and radically “anti-immigration,” with Speaker Nancy Pelosi (D-CA) adding a rebuke of the plan’s supposed focus on “gutting our asylum and refugee protections.” While Democrats have been appropriately diligent in their enquiry of the proposal’s handling of DACA and asylum claims, they’ve not been forced to defend their apparent opposition to meritocracy, the very principle this nation was built upon.

Virtually every institution from sea to shining sea is promulgated upon the notion that the most efficient, most qualified, or most knowledgeable ought to succeed. No man or woman shall be denied the opportunity to compete, but only the strongest may survive. This is not elitist treachery designed to oppress and exclude the downtrodden within a given society. Rather, it is a fact of life; the reason Homo sapiens rule the earth as opposed to Neanderthals.

In the context of education, universities typically do not admit the first hundred applicants to apply. Rather, they generally admit a specified quantity of the most qualified and intelligent students on the basis of carefully delineated credentials including high school GPA, SAT scores, and writing ability. The result is that, relative to the medical field, for example, only the best medical students graduate and, therefore, only the best heart surgeons operate on the hearts of patients.

None of this is to suggest that it is acceptable to abandon the struggling among us. America is a land for all. As President Trump stated in his address, “We want immigrants coming in. We cherish the open door that we want to create for our country but a big proportion of those immigrants must come in through merit and skill.”

While there is little reason that America ought not to base its immigration policy on merit, there are reasons to suggest the converse. One of the most prominent goals of President Trump’s immigration plan is the increasing of work-based visas from 160,000 to 600,000. The idea here is to bring in the most skilled of skilled laborers to challenge American workers of equivalent expertise and improve the market so as to create a competitive environment conducive to success.

As President Trump notes, “Currently, 66 percent of legal immigrants come here on the basis of random chance. They’re admitted solely because they have a relative in the United States… Random selection is contrary to American values and blocks out many qualified potential immigrants from around the world who have much to contribute.”

The United States grants citizenship to approximately one million immigrants per year. The vast majority of these folks ought to be admitted on the basis of their potential value to the country and its further development. It is not anti-immigration, as Sen. Schumer suggests, to admit immigrants on the basis of merit. In fact, it’s decidedly anti-American to admit elsehow given that doing so denies more talented and qualified immigrants the opportunity to improve the country with their skills and knowledge.

This nation thrives on merit. The reason that immigrants so desire to claim their share of the American Dream is because this country has the best institutions in the world, forwarded by the best and the brightest, and nurturing to the most promising among us. America’s immigration system must be meritocratic for this justification. Immigrants are lining up to join this nation of achievers and, while all are welcome, the best and brightest the world has to offer—those who will contribute the most to American prosperity—must go to the front of the line where they belong. That’s the only way to keep America at the top of the food chain, where we belong.

Kevin Catapano is a political science student at the University of Connecticut, a weekly columnist for The Daily Campus, and a staff writer for the UConn Undergraduate Political Review.
All Posts »
PrevPreviousJoe Biden’s Climate Change Approach Is A Deal Breaker for Democrats
NextGiants Shut Out As Diamondbacks Pitching DominatesNext