This week  NASCAR Xfinityis at Talladega Superspeedway. Mike Harmonis in the driver’s seat this week with the Dodge.  Mike and the team will be starting in the 40thposition in todays Sparks Energy 300.

To Harmon, Talladega Superspeedway is Home. This track is special because it not far from where Mike is from.

Among sponsors for Team Harmon during this leg of the series are Horizon Transport, Heroes Media Group, Hanro Engraving, and Shadow Warriors Project.

After qualifying, Harmon is slated to begin in position 40 when the race kicks off at 3 PM Eastern  Standard Time.

For more information on Mike Harmon Racing, including his participation in not only NASCAR Xfinity but the NASCAR Camping World Truck Series visit the team’s official facebook page. 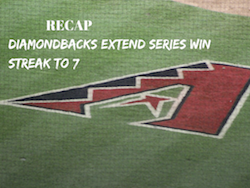