According to the media, the last several months have played out like this: President Donald Trump, alone, didn’t take the COVID-19 outbreak in America seriously enough at the outset. He downplayed the severity of the virus, forwarded conspiracy theories, and resisted the necessary action being advocated by no fewer than all of his Democratic counterparts. Eventually, Democratic governors nationwide were forced to take matters into their own hands, shutting down local economies in a federally-unsupported effort to save lives. Red-state governors, beginning in May, reopened after determining that jobs were more important than lives. When George Floyd was killed on Memorial Day, the nation began engaging in “mostly” peaceful protesting. And now that infection rates have risen in states across the country beginning the second week of June, red-state governors are at fault for irresponsibly reopening back in early May. The rioting, of course, never happened.

If this sounds distinct from reality, that’s because it is.

In actuality, nobody in America – including the president – was taking the virus seriously enough in the early months. In March, Speaker of the House Nancy Pelosi was inviting Californians to celebrate with her in Chinatown; Los Angeles mayor Eric Garcetti went ahead with the LA marathon; in New York, Gov. Andrew Cuomo refused to approve a shelter-in-place order, remarking that the “fear, the panic is a bigger problem than the virus.” Former Vice President Joe Biden declared Trump’s decision to halt travel from China to be “xenophobic,” before flipping on that position months later.

By mid-March Trump was suggesting that states lock down. Only weeks later did Andrew Cuomo – who the media have anointed America’s Governor™ – actually lock down the state of New York. (And only after incurring thousands of deaths did Cuomo roll back his idiotic nursing home policy.) Every major governor in America has said that they received enough ventilators from the federal government. Most have flipped on their initial opposition to Trump’s China travel stoppage, without, of course, conceding that Trump was correct.

In reality, the Democrats – like mostly everyone– didn’t immediately comprehend the gravity of the threat we were facing. And in reality, the data – like the rhetoric and the policy – don’t match with the media narrative either.

When red-state governors began to partially reopen amidst an economic recession in May, the media predicted a surge in infections which would overwhelm the healthcare system. The overwhelming surge never came. Then the Floyd killing on Memorial Day put concerns about the virus on indefinite pause. For two weeks, cities burned, stores were looted and millions of people assembled in massive groups, shouting, spitting and breathing on each other in violation of every state and federal social-distancing law. When people warned that this behavior was going to result in a surge in infections, they were informed that “the public health risks of not protesting to demand an end to systemic racism greatly exceed the harms of the virus,” in the words of epidemiologist Jennifer Nuzzo.

With the rioting largely having run its course and the media running dry on fresh racial fodder, the narrative has shifted back to concerns over the virus. And the media have reached a consensus: the rioting never happened (and to the extent that it did, it didn’t result in a spread of the virus). The recent surge in infections, then, is the consequence of foolish red-state reopening from two months ago.

In keeping with the narrative, the media applauded as Andrew Cuomo chastised Republican governors, lecturing, “You played politics with this virus, and you lost.” By the same token, The Washington Post reported that the “record surge in new cases is the clearest sign yet of the historic failure in the United States to control the virus.” The New York Times reported that “Case counts have climbed sharply in many of the states that were the first to reopen, including Florida and Texas,” completely ignoring that there were no sharp surges in these states until after Memorial Day.

For the media to acknowledge the rioting would be to tacitly acknowledge their flip-flopping on protesting: bad to peacefully protest against stay-at-home orders; good to riot against systemic racism. To make this concession would be to shift blame away from Republican governors onto the media’s political favorites and Americans protesting for a political agenda which the media support – and to implicate members of the media themselves, who are willing to go along with rioting so long as it means the country is racist.

What ultimately began with partisan spin has returned to partisan spin. The narrative has come full circle. Everything that happened in between, and anything which might threaten the integrity of the narrative, simply isn’t fit to print. 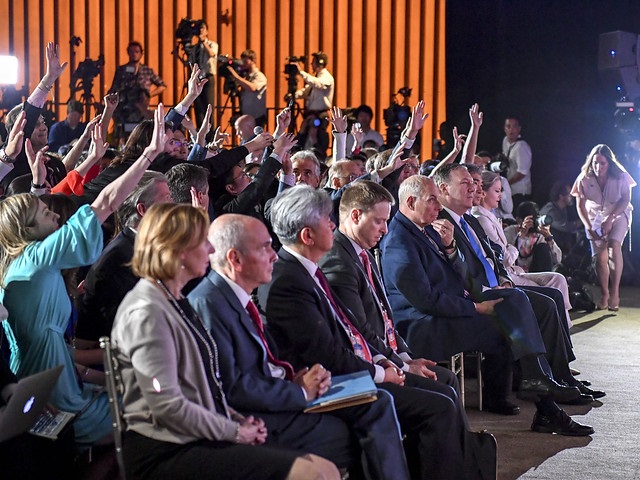 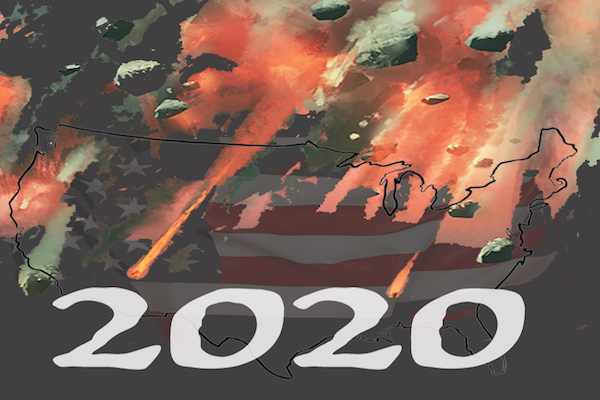